Couple ordered not to allow assets to fall below €1.2m

Joseph and Margaret Dowling are directors of CU Plus Technologies, in liquidation 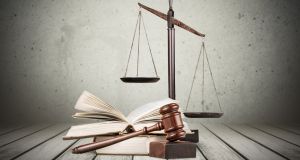 The court heard that insolvency practitioner Myles Kirby discovered a deficit of €2.28 million in the company’s accounts

A couple have been ordered by the High Court not to reduce their assets below €1.2 million arising from what a liquidator claims was the fraudulent transfer of assets of their company to a UK firm.

Joseph Martin Dowling and Margaret Bernadette Dowling, directors of CU Plus Technologies (in voluntary liquidation) must not reduce assets, either within or outside the State, below that figure pending further order.

Insolvency practitioner Myles Kirby was appointed liquidator of CU Plus, which provides computer systems for banks and financial institutions, in 2014.

Since then, he has discovered a deficit of €2.28 million in its accounts, Gerard Meehan (instructed by Paul Barry), on behalf of the liquidator, told the court.