Competition in banking is vital, but profits will have to return first 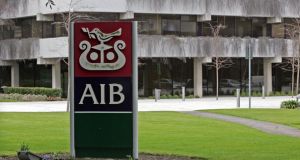 There were, for many years, stories and rumours about one of the big foreign players buying either AIB or Bank of Ireland.

At the turn of the last century, at the behest of the then minister for finance Charlie McCreevy, several reports were produced into the state of the Irish banking industry. The Department of Finance itself produced a major study, published in 2000, which noted: “More than 80 credit institutions offer banking services in Ireland, of which 11 have a significant involvement in retail banking by operating branch networks.”

It was a much happier time, one that enabled the authorities to conclude that there was a “medium” level of concentration (a measure of competitiveness). The main threat – from a consumer’s point of view at least – to a healthily competitive finance industry were seen to be likely mergers and acquisitions (M&A) activity by the banks.

Understandably, no consideration was given to the possibility that the many foreign banks present in Ireland would simply pack their bags and go home.

There have always been two sources of potential M&A activity, the consequences of which have concerned the authorities. First, there were, for many years, stories and rumours about one of the big foreign players buying either AIB or Bank of Ireland.

Official concern became wishful thinking during the financial crisis: before the full extent of the losses became known, there were wild hopes expressed that at least one of the problem banks would fall into the hands of a foreign “white knight”.

Second, there is the long mooted merger of AIB and Bank of Ireland. Even the 2000 Department of Finance report acknowledged that it made some sense from a cost savings point of view but would, of course, present competitiveness issues.

It could be on next year’s economics Leaving Cert exam: given that the State is a majority shareholder in the Irish banking system, should we care about the state of competition in that industry?

Monopoly
If the banks are able to extract monopoly profits from their customers, does it matter, given that we, the people of Ireland, own those profits? After all, while some of us are bank customers, all of us are shareholders.

The answer, of course, is that we all lose from the behaviour of monopolies. Yes, we might get some payback from our claim on the excess returns being earned by the banks but there are, almost certainly, losses to society as a whole from all of this – losses that are gone forever.

Some people have argued that our home-grown financial crisis was caused by “too much competition”: when one bank dived into stupid lending practices, others had to follow for reasons of “competitiveness”. That’s pure hokum in my view.

There were too few banks, where the key decision makers were also few in number; they all knew each other and were infected with the worst kind of groupthink. And there was no adult supervision in the form of an effective regulator.

Banking is different from manufacturing industry; we all know (now) the importance of strict regulation.

‘Good crisis’
The Canadian banking market has never looked particularly competitive (it is dominated by a small number of giant players) but it had “a good crisis” precisely because the regulator kept the banks under very effective control. It is no wonder that the British have poached the man in charge of the Canadian banks to be governor of the Bank of England and have handed him all the levers of power to do with bank regulation.

But the UK authorities do recognise the need for a twin-track approach: regulation and competition.

Particularly on the high street, they are determined not to let the banks get beyond a certain size, no matter how well regulated they are. In September, Lloyds TSB (partly state-owned) was forced to spin off 620 branches into a new, separate bank, with the aim of an eventual trade sale or flotation on the stock market. But they have only been able to contemplate this as Lloyds TSB has returned to profitability.

That’s the brutal reality facing our own regulator: there isn’t much that can be done to foster competition while our own banks remain on life support and foreigners head for the hills.

Plans must be laid for the time when profitability is restored. If overseas institutions remain uninterested, consideration must be given to breaking up the banks. Clear plans to that effect could be laid down now.

In a “back to the future” move, the Government may see calls to establish a “business friendly”, ICC-type bank. Such suggestions for even further government involvement in the sector will, I suspect, be resisted.

Lack of competition leads to unhealthy behaviour, most obviously in terms of pricing. But cosy cartels can behave badly in other insidious ways that are less visible but also damaging to the health of the industry and, therefore, the economy.

Nearly a quarter a century ago I recruited Jim Power from AIB to join me at Bank of Ireland. This caused a major row between the two banks which reached the respective boardrooms. I had violated a secret agreement that neither bank would recruit staff from each other. A small historical footnote certainly, but a good example of hidden behaviour in a relatively uncompetitive situation that can cause harm. Competition is the solution.