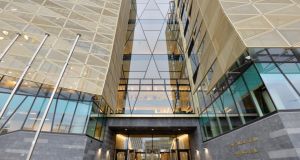 The Central Bank of Ireland (CBI) has given authorisation in principle to XL Insurance Company moving from the UK to Ireland so that it can continue to work with clients across the European Union after Brexit.

XL Group first said 13 months ago that it planned to transfer its main European insurance company to Dublin. The decision was reaffirmed in March after French insurance group Axa agreed to buy XL Group for $15.3 billion (€13.2 billion) in cash, in a deal that was completed last month.

“We are extremely pleased to have gained approval in principle from the CBI. We have a long and established presence in Ireland and appreciate the quality of the business environment, the regulatory environment and the expertise there,” said Greg Hendrick, AXA XL’s chief executive, in a statement on Wednesday.

In the UK, AXA XL retains XL Catlin Insurance Company UK and its Lloyd’s of London operations, according to the group.

XL opened its first European insurance company in the International Financial Services Centre (IFSC) in the 1990s, and in 2006 established XL Re Europe which remains an Irish-domiciled reinsurer.

The company operates through an international network of branches, subsidiaries and third-party fronting partners.