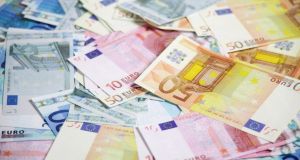 Ever since the banking crash in late 2008, various figures have circulated as to the cost to the State, or taxpayers, from the sector’s financial bailout. The most common one put about is €64 billion, which relates to the cost of recapitalising the banks and is oft quoted by the Department of Finance.

Thanks to the latest report by the Comptroller and Auditor General on the accounts of the public service for 2014, we now have a much better handle on the precise cost to taxpayers of rescuing the financial sector.

It doesn’t make for pleasant reading.

The C&AG has estimated that the cost to the State from banking stabilisation measured up to the end of 2014 was about €60 billion. The investments in the various banks were worth €17 billion at the time. Net them off against each other and the notional net cost at the end of last year was €43 billion.

In addition, some €152 million was paid out in consultancy fees to various law firms, accountants and banking experts by the Central Bank, the National Treasury Management Agency (NTMA), the department of finance and the National Pension Reserve Fund (NPRF). Arthur Cox was the best rewarded advisor, receiving €33.1 million, followed by Blackrock Financial Management at €23.5 million, Ernst & Young (former Anglo Irish Bank auditors) at €20.9 million, KPMG (former Irish Nationwide auditors) at €13.2 million, and Goldman Sachs at €9.4 million. Even AIB Corporate Finance, a unit of one of the bailed out banks, received €660,000.

A lot of smart people were no doubt involved in providing this advice, and some of it might have saved the country from a Greece-like scenario, but they are mind-boggling sums nonetheless.

The C&AG noted that the Central Bank and the NTMA recovered a “large proportion” of the consultancy costs from the banks, while the department has claimed back “some of the costs”.

This is of little comfort given that these costs will have been recouped by the banks from their customers, which is all of us. One way of another, we’ve picked up the tab. The cost of operating the dedicated banking and shareholding management unit within the Department of Finance amounted to €7.6 million from August 2011 until the end of 2014. There are 20 staff in the unit who, based on my calculations, have earned just more than €111,000 on average per year. “The department pointed out that staff employed in the unit have a wide range of banking, capital markets, corporate finance and legal expertise,” the C&AG noted. They are clearly well remunerated.

Separate to all of this, the National Asset Management Agency had reported accumulated losses of €126 million by the end of 2014. However, Nama is at least predicting a surplus of up to €1 billion for the State by the time it folds its tent, somewhere between 2018 and 2020. The net cost per bank at the end of 2014 was €36.1 billion for Irish Bank Resolution Corporation (Anglo Irish Bank and Irish Nationwide), €8.8 billion for AIB and €200 million for Permanent TSB. We’re in the black on Bank of Ireland to the tune of €2 billion. There are also details of the circular flow of funds relating to the IBRC promissory notes (now government bonds), involving the NTMA, the Central Bank and the exchequer. Some €25 billion was outstanding in 2013.

Perhaps of more interest is the cost of servicing this debt. It’s largely hidden from view and involved a certain amount of estimation by the C&AG, particularly in calculating the opportunity cost associated with the €20.7 billion cash investments by the NPRF – it estimated it would have achieved a return of 11 per cent a year on this had it not been used to bail out our banks.

Going forward, the C&AG estimates that the annual cost will range from €850 million up to €1.7 billion, based on interest rates of 2 per cent to 4 per cent a year being paid on the borrowings. Either way it’s a hefty sum.

The race is only half run, so to speak, and the final bill could be lower depending on how much is ultimately netted from the sale of our stakes in AIB, Bank of Ireland and Permanent TSB.

But the C&AG’s detailed work is a timely reminder that the banks nearly broke the country and we will continue to pay a hefty price for their bailout for many, many years to come.