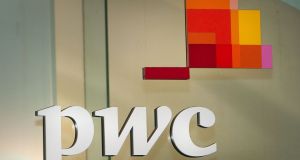 Regulators need to focus more intently on the facilitation of tax avoidance globally by the giant big four accountancy firms , a report commissioned by MEPs in the wake of the “Panama papers” urges.

The four, in descending order of size, are Deloitte, PricewaterHouseCoopers, or PwC, EY (until recently Ernst & Young), and KPMG, and between them they audit all but 10 of the FTSE 350 companies and had global combined sales last year totalling some €120 billion.

The report by noted anti-tax-avoidance campaigner Prof Richard Murphy of University College London calls for new requirements on the firms to ringfence their huge audit and tax consultancy businesses against conflicts of interest, to acknowledge the fiction of their supposedly devolved corporate structures, and to report more fully and openly on the finances and profits of their international “partnerships”.

It puts a particular focus on the four’s “over-representation” – in terms of local population and GDP – in tax havens, or what it calls “secrecy jurisdictions” , including Ireland, and where 10 per cent of their staff is based.

They have more staff in Luxembourg in proportion to the size of its population than anywhere else in the world.

The implication is clear, the report argues. These firms are doing much more than auditing and advising local firms. A large part of their deeply opaque business is assisting international clients in avoiding tax liabilities back home. Their presence “is related to the secrecy for transactions that these jurisdictions provide”.

Ireland , which is ranked at the bottom of the secrecy table of 53 “secrecy jurisdictions” – ie most open – hosts some 20 offices of the Big Four, and ranks 11th in “over-representation” by population of the 186 states where the firms are located.

The report, commissioned by the leftwing Gue/NGL group, of which Sinn Féin is part, is published as MEPs on Tuesday approved new EU-wide requirements on multinationals with earnings of more than €750 million to report to the tax authorities on a “country-by-country” basis to allow member states to monitor and share with each other profit-shifting and other potential tax-avoidance measures.

Ireland has already introduced more limited country-by-country reporting provisions as a response to the “Base Erosion and Profit Shifting” (Beps) programme of the OECD and the first reporting is due this year.

The “big four”report, co-authored with Saila Naomi Stausholm, has been produced for the European Parliament’s “Pana committee” studying the implications of the vast network of tax-avoidance measures revealed in the Panama Papers document leak.

The authors complain of the paucity of data available from the big four because of current lax reporting requirements, devolved by the EU to member-states. The global profits of the four are not on record, but audit and and tax services netted them some €43 billion and €28 billion respectively in 2016. The firms employ 887,695 staff in 2,916 offices worldwide.

Sinn Féin MEP Matt Carthy, a member of the Pana Committee, said: “Over the past year of our work on the Panama Papers inquiry, we have examined in great detail the role that enablers and promoters of tax-avoidance and tax-evasion schemes play internationally . . . Corporate law firms, company service providers and tax advisers are critical to facilitating these damaging practices.

“The big four auditing and accounting firms are major players in this ecosystem of tax avoidance, yet they are allowed to operate in secrecy, with no measures in place to deal with obvious conflicts of interest between their provision of both auditing and tax services.

“They are crucial regulators of the global economic system with the unique role of both regulating multinationals through their auditing role and simultaneously advising these same companies on how to abuse the legal system in order to avoid paying taxes.

“Yet they are subject to minimal public scrutiny and regulation. This situation, and the outcomes it leads to, is entirely unacceptable.”