Takeover of Arachas described as ‘an extraordinary transaction’ 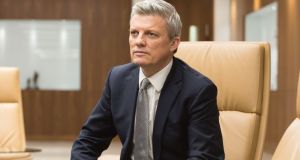 David Ross: “We’re incredibly happy with the way we have been able to adapt to our clients’ needs..”

UK insurance broker Ardonagh, which is led by Irishman David Ross, will on Tuesday announce the launch of a new international arm of the group as well as its first acquisition in the US.

Ardonagh Global Partners (AGP) will be headed up Des O’Connor, who is also Irish, and will seek to invest in platforms outside of the UK and Europe. It has agreed to acquire US healthcare and benefits underwriter AccuRisk in a joint venture with the Amynta Group.

When Ardonagh Group, which is focused mainly on small businesses, acquired Dublin-based insurance broker Arachas for about €250 million last year, it said it planned to double the amount of its coverage within five years.

Speaking to The Irish Times, Ardonagh chief executive David Ross said this timeline had been cut in half following a successful year for the company, describing the takeover of Arachas as “an extraordinary transaction”.

Arachas, which is named after the Irish word for insurance, was established a decade and a half ago through the merger of Cork-based broker Tyrrell Coakley with two Dublin-based peers Hodgins Percival and Slattery Jermyn.

“Arachas, like the rest of the Ardonagh Group, had to re-evaluate our entire business model,” Mr Ross said in relation to the impact of the pandemic on the group.

“What Arachas is going to be able to do is deliver the five-year plan in probably 2½ years, and that has come from having a really powerful group of people coming into a powerful ecosystem.

“It’s raised the question as to what might happen if we replicated the Arachas model multiple times over around the world. We are using Arachas as a platform, asking the team to expand their remit outside Ireland to look for like-minded assets.”