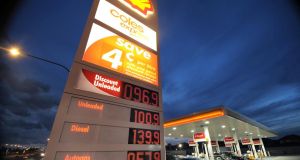 Global oil trader Vitol has agreed to buy Royal Dutch Shell’s Australian refinery and petrol stations for about $2.6 billion in its biggest acquisition, looking to grab a share of a growing oil product market.

Australia has become one of Asia’s biggest fuel importers, creating opportunities for traders as the majors have shut older, small refineries, under pressure to shift investment to oil and gas production, which generates better returns.

The Australian deal puts Shell on track towards a target of $15 billion in asset sales over the next two years, set by its new chief executive Ben van Beurden as part of an austerity drive following a profit warning in January.

Vitol chief executive Ian Taylor said he expects to make good returns from the business eventually, as the refinery, while small, was a high quality plant, with good distribution chains into the Australian market.

“When you add it to our experience globally in terms of supplying the best quality feedstocks, perhaps looking at some hedging, we believe we can make this refinery profitable,” Mr Taylor told reporters in Melbourne, hours after signing the deal at the refinery in nearby Geelong.

Analysts said the acquisition made sense for Vitol even though Shell couldn’t run it profitably enough to keep it.

“These two companies have different return expectations and targets they’re willing to accept,” said Craig Pirrong, professor of finance at the University of Houston.

With the Australian purchase, which includes 870 service stations plus Shell’s bulk fuels, bitumen and chemicals businesses, Vitol is betting Australian fuel demand will continue to grow faster than in Europe, and eventually the world will be short of refining capacity.

“Longer term, yes, we are making a bet that refining will actually be a cyclically good business. And that’s what we’ve found so far, by the way,” Mr Taylor said.