Two power stations in North to be sold to Czech billionaire 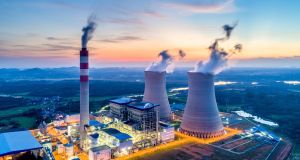 AES expects the sale of the two Northern Ireland plants to conclude later in 2019.

One of Northern Ireland’s largest electricity generators has agreed to sell two power stations in the North to a company controlled by a Czech billionaire.

The AES Corporation, which owns and operates both Ballylumford and Kilroot Power Stations in Co Antrim, is selling both plants to EP UK Investments Ltd (EP UKI), which is part of Daniel Kretinsky’s EPH Group.

The Arlington-headquartered, Fortune 500 global power company said it expected to net $211 million from the transaction.

The Prague-based EPP group has operations in the Czech Republic, Slovakia, Germany, Italy, the UK, Hungary and Poland, and employs about 25,000 people.

AES said the sale was part of a strategy to exit energy markets in the UK and Jordan.

Andrés Gluski, AES president and chief executive officer, said: “We are proud of our many years of successful operations in Jordan and the UK. ” In line with our business strategy, we continue to reduce the number of countries in which we operate and focus our growth efforts in fewer markets, and especially in renewables, energy storage and LNG.”

The sale of its Northern Ireland power plants will be subject to approval by the European Commission.

AES expects the sale of both Northern Ireland plants to close later this year. Jan Špringl, vice-chairman of EPPE, said the group would acquire all of the AES Northern Ireland operations including assets, systems and key management and staff.

He said the acquisition of AES’s portfolio was an “important step in our strategy of increasing our generation capacity across Europe”. “This potential acquisition perfectly fits to the strategy of EPH to further expand its presence in the European power-generation sector,” he said.

Roadie 3 offers tuning at its absolute finest 04:03
Lockdown takes games industry to a higher level 03:32
Beware of the rush to get back to normal business amid Covid-19 03:15
Satirical column and photograph of child among complaints to Press Ombudsman 01:00
Pandemic Unemployment Payment: Your questions answered 00:31

1 Beware of the rush to get back to normal business amid Covid-19
2 Working from home: New costs, new stresses and little relief
3 Joint accounts: if one of us dies, can the other access the money?
4 Cityjet pilots fear Scandinavian crew will replace them
5 HSBC board rethinks overhaul and seeks even deeper cuts
6 Record revenues at Web Summit as $2m investment agreed in Amaranthine
7 Denis O’Brien forced to lift hood on Digicel in debt restructuring
8 Banks move to avert fresh arrears crisis
9 Ten of the most mysterious aircraft disappearances
10 Mayo company Portwest had PPE seized by Chinese government
Real news has value SUBSCRIBE