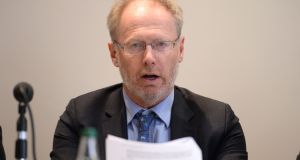 The investment vehicle fronted by Petroceltic chairman Robert Adair has signalled its intention to oppose a cut-price takeover bid for the oil and gas explorer from dissident shareholder Worldview.

Skye Investments, which owns a 19 per cent stake in Petroceltic, said Worldview’s offer undervalued the company and that it would not consider any further offers unless they were “significantly increased”.

Worldview’s Sunny Hill subsidiary last week informed the stock market it would offer 3p per share, a total of £6.42 million, for UK-listed Petroceltic, a price which several brokers described as “derisory”.

The deal, however, needs the agreement of 90 per cent of shareholders.

Worldview, a 29 per cent shareholder in Petroceltic, has been involved in a bitter dispute with the company’s board for more than a year.

The takeover bid represents its latest attempt to wrest control of the company from management.

Petroceltic’s board has advised shareholders not to accept Worldview’s bid.

In a statement issued on Thursday, the company said it believed the terms and conditions of Sunny’s offer, combined with the current financial circumstances of the group, created “significant uncertainty regarding the ability for the Offer to be completed in accordance with its terms.”

“Based on these factors the board has concluded that it is not possible to give a firm recommendation to all Petroceltic Shareholders at this time to either accept or reject the offer once made,” it said.

Petroceltic said it continues to hold talks with a number of parties, on both asset sales and potential corporate transactions.

Angelo Moskov, director of Sunny Hill and chief executive of Worldview, said previously the offer provided Petroceltic shareholders with an all cash exit from “a high risk, distressed investment, against the background of unprecedented uncertainty in the oil and gas sector.”

Earlier this week, Mr Moskov claimed to have seen documents showing that Petroceltic’s debt is for sale at discounts of up to 70 per cent.