NTR wraps up $244m deal to sell US windfarms 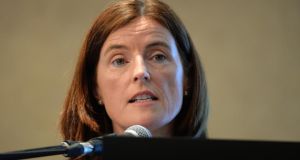 This could involve a share tender that might see some investors, such as recycling group One51 or investment vehicle Pageant Holdings, exit the business, with others including the Roche family slated to remain on board.

NTR yesterday confirmed it had sold two major wind energy projects in the US – Post Rock in Kansas and Lost Creek in Missouri – to the Nasdaq-listed Pattern Energy Group for $244 million, including debt.

NTR said that once the deals cleared competition and regulatory hurdles, the net proceeds would be about $195 million. Ms McGuckian said the company also expected to receive about $45 million for the sale of its Osage wind energy project in the coming months.

“We will take all of that together and we will look at a liquidity event. We will work on it right away,” she said.

Ms McGuckian said the option of a share redemption, where exiting investors effectively hand over their stakes to existing shareholders, might require a High Court application. “These things can take time,” she said.

NTR was advised on the sale of the US assets by Marathon Capital.

Ms McGuckian said the company’s exit from the US market allowed it to refocus on Irish and UK windfarm investments. The US renewable energy sector, she said, was currently a “seller’s market” which boosted the price it received.

“We’ve done extremely well out of this transaction. The proceeds will start to flow in about two months and then we can get on with what we are doing, which is wind in Ireland and the UK,” she said.

NTR is looking to build and operate a portfolio of up to 150MW of wind assets in Ireland and Britain over the next couple of years.