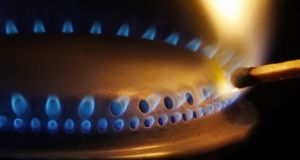 Viridian is a leading independent energy company in the all-Ireland market with two main brands, Energia in the Republic and Power NI north of the border

Energy group Viridian’s new owner may use the Irish company to buy similar businesses in Britain, according to one of its partners.

Specialist investment company I Squared Capital has won the race to buy Viridian, owner of Energia and Power NI, with a bid understood to be worth around €1 billion.

I Squared partner Gautam Bhandari said yesterday that it intends to grow the company by expanding its 20 per cent share of the Irish market and through buying other businesses.

He also indicated that it could use Viridian as a platform to make acqusitions in Britain. “That is certainly not off the table,” Mr Bhandari said.

He explained that I Squared was keen to buy Viridian because it was one of the few independent , integrated energy businesses, in Europe. “Most are owned by bigger corporations,” he said.

Mr Bhandari added that his company does not intend to break up Viridian. It also intends to leave existing management, lead by chief executive, Ian Thom, in place.

Along with Energia and Power NI, which supply gas and electricity to businesses and consumers in the Republic and Northern Ireland, Viridian owns two gas-fired power plants in north Dublin and a number of wind farms.

Its power plants generate 747 mega watts (MW) of electricity, enough energy for around 75,000 homes, while its wind farms are expected to grow their capacity from 793 MW to 1,000 MW over the 12 months.

I Squared’s €1 billion bid was enough to see off competing offers from local rivals Bord Gáis Energy - out of the race for some time ,Airtricity and a number of other international funds. The company’s owner, Bahrain-based Arcapita, put it on the market in December.

The Irish Times reported recently that the State-owned Ireland Strategic Investment Fund stepped back from its involvement in a consortium bidding for Viridian as a result of the Dáil’s failure to elect a new Government.

The deal is scheduled to go through before the end of June. I Squared has agreed to pay off $145 million (€130 million) of high-interest bonds, known as payment in kind (PIK) notes, with new equity. These means investors holding these bonds will be repaid.

Mr Bhandari said that the investor wants to cut Viridian’s debt to free up cash that could be used to pay for expansion.

Former executives from Morgan Stanley’s infrastructure division set up I Squared in 2013. It now manages $3.8 billion on behalf of investors such as pensions, insurers and sovereign wealth funds.

Its other investments include a water treatment company in Jiangsu province, China, clean energy suppliers in a number of US states and DTE Coolco, owner of a cooling plant that sells chilled water to businesses in Cincinnati, Ohio.

1 McGann stepping down at troubled Aryzta
2 Staff at Dublin and Cork airports to vote on work practice changes
3 The Irish Times Deal of the Year: The three finalists
4 The Irish Times Company of the Year: the three finalists
5 Non-executive directors face new paradigm in the boardroom
6 Avoca warns of redundancies due to coronavirus
7 Moving in and out of lockdown is a recipe for economic disaster
8 BT and Arnotts unlikely to be last retail victims of Covid-19
9 Coronavirus: We must save lives but we also need to live
10 Shed Distillery in Leitrim to open €3m visitor centre next month
Real news has value SUBSCRIBE