ESB profits up 43% as group pays final dividened to State 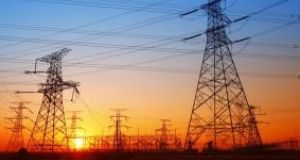 Total dividends paid during the past ten years by ESB to the Exchequer amount to almost €1.5 billion

ESB reported a 43 per cent jump in pretax profits last year, as it paid a final dividend to the State of €214 million.

ESB said the improved availability of its generation plant, up from 86 per cent to 92 per cent, was the main driver of profitability during the year.

Earnings before interest, taxes, depreciation and amortisation (ebitda) was up from €1.3 billion to €1.35 billion.

A dividend payment of €214 million paid early last year completed the special dividend programme of €400 million agreed with the then government in 2012.

Total dividends paid during the past ten years by ESB to the Exchequer amount to almost €1.5 billion.

“In the face of intensifying competition, these results reflect a solid performance across the ESB Group. ESB continues to focus on delivering value for our customers, shareholders and the wider Irish economy, and this is enabled by maintaining a strong financial position,” said chief executive Pat O’Doherty.

“The performance improvement programme embarked on by ESB in 2010 has delivered significant recurring savings of €270m and has been critical to maintaining ESB’s profitability,” he added.

The group’s generation and wholesale markets reported an operating profit of €137 million versus €162 million a year earlier. ESB Networks’ operating profit rose from €287 million to €293 million, while Northern Ireland Electricity networks’ profit declined to €48 million from 56 million. ESB said it invested €780 million in critical energy infrastructure across the island of Ireland during 2015. It also spent €873 million on capital expenditure last year, down €87 million on the prior year.

During the year under review it incurred an impairment charge of €104 million relating to two of its assets: Corby Power Limited and Coolkeeragh ESB Limited.

The ESB reported a €94million gain from the value of its 50 per cent share in the SIRO joint venture with Vodafone and from the disposal of its €38m shareholding in Spanish power plant Bizkaia Energia in 2014.

Net debt rose to €5 billion from €4.6 billion a year earlier due to continued capital investment, finance costs, the weakening of the euro and dividend payments.

The group said it has achieved €270 million in operating costs since 2010.

1 Bank leaked my loan request to family who tried to rip me off
2 Coronavirus: Irish holding back on holiday plans
3 Eason acquires rival Dubray Books for undisclosed sum
4 Solar panels: Are they worth the investment?
5 Can I see my father’s previous wills?
6 Battery bottleneck stalls electric car sales
7 How can I view my dead brother’s will if I’m not the executor?
8 One-third of Irish people think now a good time to buy big
9 BidX1 to offer more than 50 lots for auction today
10 Appeals board refuses planning for 146 Clonmel homes in ‘fast track’ case
Real news has value SUBSCRIBE