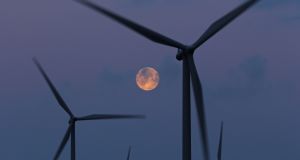 A bird charity was denied the right to appeal an earlier court decision paving the way for the development.

However, the Scottish arm of the Royal Society for the Protection of Birds (RSPB) still has a final legal route open to it. It has 28 days to decide whether to apply directly to the UK Supreme Court to stop the Mainstream and other projects.

Mainstream’s 450-megawatt Neart na Gaoithe plan off Scotland’s east coast and three other projects were awarded planning consent by Scottish ministers in October 2014. The RSPB objected and was given leave in July last year for a judicial review.

Scotland’s inner house of the Court of Session decided in favour of the ministers two months ago. However, the bird charity also applied to appeal this decision, which has now been rejected by the same court.

“After more than two years and two court hearings, we hope that the RSPB acknowledges a fair hearing and allows us to get on with delivering the very significant benefits this project brings to the Scottish economy and its environment,” said Andy Kinsella, chief operating officer with Mainstream.

“Once constructed, this £2 billion project will be capable of supplying 325,000 homes – a city the size of Edinburgh – with clean energy.”

1 Who are Ireland’s 17 billionaires?
2 Are there annual limits on inheritances or gifts to a child?
3 Fallon & Byrne gets permission for extension in Exchequer Street
4 My father in a nursing home wants to gift me his house
5 UK to prioritise EU trade deal over one with United States
6 Fianna Fáil may have just pressed the pause button on the property market
7 O’Flynn ‘very unhappy’ with extra payments to former employee, court hears
8 Davos Diary: UCD prof goes batty, Ivanka hits town and Prince Charles takes the stage
9 Eason puts Blanchardstown store on market at €16m
10 Tipperary land holding of 800 acres seeking €11m
Real news has value SUBSCRIBE