Wind farm close to Oughterard in Co Galway will have capacity to generate electricity to power 170,000 homes 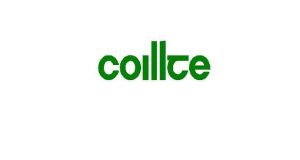 Coillte owns the land on which the wind farm is being built, while SSE will construct and operate it

Airtricity owner SSE and State forestry company Coillte have raised €176 million from three banks to fund the second phase of what will be the State’s biggest wind farm.

SSE and Coillte are building a wind farm that will ultimately have the capacity to generate 169 mega watts (MW) of electricity, enough to power about 170,000 homes, at a site close to Oughterard in Co Galway.

BBVA, Rabobank and Nord LB have agreed to lend €176 million to fund phase two of the project, which will account for 105MW of the 169MW total, and is due to be completed next year. Each of the banks will provide one third of the total and debt will be repaid over 16½ years.

SSE began building phase one last February and will also develop the third phase. The project is known as Galway Wind Park and will be the biggest facility of its kind in Ireland when it is finished.

The second phase is a joint venture between the British- owned power generator and Coillte. The State company owns the land on which the wind farm is being built while SSE will construct and operate it.

Phase two will be completed next year, allowing it to qualify for the current Refit scheme, which guarantees a minimum price for electricity generated by wind farms.

Paul Cooley, SSE director of renewables, said that the investment in Galway with Coillte marked its most “significant commitment yet” to renewable generation.

Mark Foley, managing director of Coillte land solutions, said that the SSE deal fitted with its strategy of maximising the land it owned in a sustainable way.