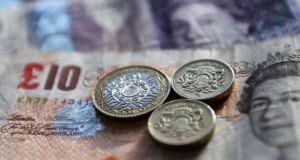 The latest sector to defy this prognosis is Britain’s giant services industry, which reported a record leap in activity in August. Photograph: Andy Rain/EPA

Britain’s economy appears to be defying predictions of a Brexit wobble with a string of indicators showing growth across the services, manufacturing and construction sectors.

Sterling has also climbed to a seven-week high against the dollar while Joseph Stiglitz, a Nobel prize-winning economist and darling of the left, has added an unlikely voice to those claiming Britain can thrive outside the European Union.

A month ago both sides of the debate appeared resigned to a slowdown – the question was just how strong it would be. Inflation was also predicted to rise while former chancellor George Osborne’s budget-tightening agenda was out the window.

The Bank of England’s swift move to cut rates for the first time since 2009 and governor Mark Carney’s sombre assessment of the post-referendum outlook all pointed in one direction.

The latest sector to defy this prognosis is Britain’s giant services industry, arguably the most important barometer given the City of London’s considerable financial footprint, which reported a record leap in activity in August.

This came on the back of similar data released last week for manufacturing and construction.

Research agency Markit said its latest purchasing managers’ index (PMI) for services indicated Britain’s economy was unlikely to enter recession in the July-September period as many had predicted.

Having said that, it predicted the economy was likely to slow to a crawl in the three months to September, growing by just 0.1 per cent compared with 0.6 per cent in the second quarter of the year.

“August’s Markit/CIPS services PMI confirmed that the collapse seen in July was a temporary reaction to the shock of the vote to leave the EU. But we doubt this will prevent the MPC from easing monetary policy further in November,” Scott Bowman, an economist at Capital Economics, said.

A lot of observers might take issue with the first part of this analysis, but for now the British economy appears to be accommodating itself to the new paradigm better than most had predicted, albeit the Markit survey did put business confidence at a four-year low and point to the inflationary effects of increased input costs.