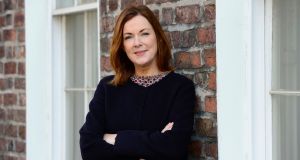 Angela McGowan, Confederation of British Industry’s regional director for Northern Ireland: “The decision to move corporation tax to 25 per cent... sends a worrying signal to those planning to invest across the UK.” Photograph: Arthur Allison

The UK government’s move to raise corporation tax to 25 per cent, twice the Republic’s 12.5 per cent rate, poses an “acute” challenge for Northern Ireland, the head of the North’s business lobby has said.

Angela McGowan, the Confederation of British Industry’s (CBI) regional director for Northern Ireland, said the move, part of a suite of measures announced by UK chancellor Rishi Sunak in Wednesday’s budget, potentially undermines the North’s ability to compete with the Republic for foreign direct investment (FDI).

“The decision to move corporation tax to 25 per cent in one leap will cause a sharp intake of breath for many businesses and sends a worrying signal to those planning to invest across the UK,” she said.

“Firms have for many years now been keen to have a corporation tax rate that matches that in the Republic of Ireland; this would ensure that the region can compete for investment on a level playing field across the island,” Ms McGowan said.

The Fresh Start Agreement – agreed between the Irish and British governments and the North’s main parties in 2015 – gave Stormont the power to levy a lower rate of corporation tax and committed it to move the North’s rate more in line with the Republic’s.

However, it has never been acted upon as it would involve a reduction in the block grant the North receives each year from Westminster.

“This is an issue that will need much more attention as we think about long-term economic growth at the regional level,” Ms McGowan said.

To pay for ongoing Covid-related supports for businesses and workers, Mr Sunak announced that he planned toraise corporation tax from 19 per cent to 25 per cent from 2023 on.

The rise in corporation tax is the first since 1974. Prior to this it has only ever been held at the same level or reduced.

Former British chancellor George Osborne signalled a willingness to cut the business tax to less than 15 per cent in a bid to make the UK a magnet for investment.

Corporation tax receipts in the Republic hit a record €11.8 billion last year and now account for more than €1 in every €5 collected in taxes by the Government, with a small number of large multinationals contributing a substantial part of that tax take.