The difference between Ireland and Iceland 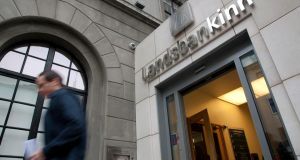 The Government is exceedingly pleased with itself after repaying €9 billion of the €22.5 billion IMF debt a few days ago, representing almost 40 per cent of the total liability. A similar IMF repayment by Iceland around the same time calls to mind the hardy days of 2008 when both countries faced banking collapse and associated perils. So what is the difference now between Ireland and Iceland?

Reykjavik’s latest IMF cheque reduced its outstandstanding debt by $400.6 million (€326.66 million). This is tiny compared to Ireland’s mammoth repayment but still represents about 20 pent of Iceland’s IMF €2.1 billion debt. Thanks to repayments in 2012, Iceland’s remaining obligation to the IMF is $345.1 billion. “This outstanding balance is projected to be repaid during 2015-16,” said the IMF.

Iceland has been busy repaying other debts, delivering some £1.36 billion (€1.73 billion) to the British treasury last week in respect of London’s interventions at the height of the financial crisis to meet the claims of British depositors in the collapsed Icelandic bank Landsbanki. British authorities have now recovered 85 per cent of the £4.5 billion they paid out to Landsbanki depositors and expect to get the full amount by 2017.

Plans are also in train to lift capital controls early next year.

Certain observers saw a potential precedent for Ireland in that. But the Icelandic state had not guaranteed the banks – and no issues arose in terms of contagion risk to other countries in a common currency. We live with all of that to this day.