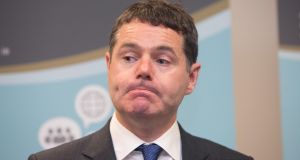 Complaints are growing about the rate at which the Revenue is approving companies to raise funds under the Employment and Investment Incentive (EII) scheme, which offers tax breaks to financial backers of small businesses.

Revenue is blaming an increase in requests for approval and legal changes, which have made the scheme more complex, for delays of two to three months, depending on the type of approval sought.

Minister for Finance Paschal Donohoe told the Dáil that changes introduced in 2015 that were designed to bring the scheme into line with EU rules on state aid created the extra difficulty in administering it. He was answering a question from Fine Gael party colleague Alan Farrell TD.

To qualify for the EII, formerly the Business Expansion Scheme, companies must be not be listed on any stock exchange. They must have fewer than 250 staff, a turnover up to €50 million or a balance sheet total under €43 million.

Companies must first raise cash and issue shares to investors before the Revenue can confirm that their backers qualify for the relief. Before that, they can apply for outline approval, which indicates that they are likely to qualify.

“The current backlog on processing applications for EII outline approvals is three months, while the backlog on actual EII claims is about two months,” the Minister said.