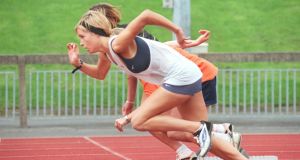 Tax breaks for sporting programmes might be a way of replacing the potential loss of funding from a ban on alcohol sponsorship in sport, Oireachtas sports committee chairman John O’Mahony has said.

While the Government backs the idea of banning alcohol sponsorship in principle, it believes alternative funding must be put in place to compensate sporting organisations for the loss of revenue.

Mr O’Mahony believes part of the solution could come from providing tax relief for the funding of sporting programmes, something which has been successfully implemented in other countries.

“A tax relief in this area could be a vehicle for replacing the funding currently coming from alcohol sponsorship,” the Fine Gael TD said.

He was speaking at a pre-budget meeting in Dublin this morning hosted by the Federation of Irish Sport (FIS), the umbrella group for the various sporting bodies.

The federation believes up to €100 million a year could be generated across all sports by extending the tax relief in place for capital projects to current projects.

It claims Irish sport is the only not-for-profit sector of the economy not to benefit from a tax relief on current spend, and that funding, especially for minority sports, was suffering as a result.

The group wants the Government to bring in tax breaks for sporting programmes on a three-year trial basis to help develop a culture of private sector investment in sport.

Minister for Sports Paschal Donohoe is said to be looking into establishing a working group to assess the potential benefits of providing such a tax relief.

The Federation is also calling on the Government to return current funding for sport to 2011 levels by 2016, which would mean increasing the current €44 million spend by €4.4 million over the next two years.

“We feel that this is a modest, prudent and realistic increase given not just the 27 per cent decrease in current funding for sport over the last six years but the role sport plays in the economic and social life of our country,” FIS chief executive Sarah O’Connor said.

She said increasing participation in sport was key to delivering national objectives around health and to providing “pathways for future sporting stars”.

“There isn’t a culture of giving in sport in Ireland as yet. It does happen but only on an ad hoc basis. We’re saying let’s try it for a three-year period and see if we can develop a culture.”

The federation estimates that the sporting industry here supports up to 40,000 jobs, contributes €2.4 billion to gross domestic product and stimulates €1.8 billion of household spending annually.