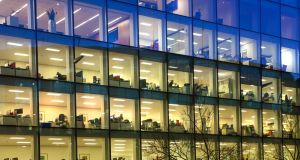 The State’s unemployment rate has fallen again, dropping to a post-crash low of 5.8 per cent in May as conditions in the labour market tighten and the economy heads towards full employment.

This was the lowest jobless rate recorded in the State since April 2008, when the figure was 5.6 per cent.

The latest figures from the Central Statistics Office indicate the seasonally adjusted number of persons unemployed was 139,000 in May, down from 140,800 the previous month. This represented an annual decrease of 15,600.

Unemployment has fallen by more than 10 per cent from its post-crisis peak of 15.9 per cent in December 2011.

The turnaround means Ireland’s jobless rate is now nearly 3 per cent lower than the euro zone average of 8.5 per cent.

The rate of youth unemployment in May was 11.9 per cent, down from 12 per cent in April.

The Central Bank expects unemployment to fall to 5 per cent next year, a rate that corresponds to full employment in the Irish economy.