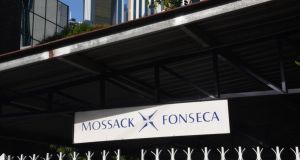 Nearly a fifth of countries in which the Panama Papers investigation was reported saw at least one instance of concrete reform, researchers from the University of Oxford found.

The reform included a new law or policy designed to address problems exposed in the reporting which grew out of a trove of files leaked from Panamanian law firm Mossack Fonseca, at the time one of the world’s largest providers of offshore services.

“This is a higher rate than has been found in comparable analyses, due in part to the global scope of the Panama Papers and the nature of the institutions implicated,” Lucas Graves and Nabeelah Shabbir wrote in their research paper published by the Reuters Institute for the study of journalism, based at the University of Oxford.

The Irish Times, in conjunction with the International Consortium of Investigative Journalists, revealed how offshore companies are used to conceal the ownership and control of assets and property worth billions.

The research paper – “Gauging the global impacts of the ‘Panama Papers’ three years later” – found that 147 distinct outcomes arose from the investigation.

For example, Iceland’s prime minister stood down two days after the stories broke in 2016, after his family’s interest in an offshore company that stood to gain from the bailout of failed Icelandic banks was revealed. In Pakistan, prime minister Nawaz Sharif was also forced to resign.

Some 16 countries or international bodies achieved at least one substantive reform related to the Panama Papers by March 2019, “an impressive result”, the authors wrote.

In the United States, the Obama administration moved to finalise banking rules cracking down on anonymous shell companies, while European governments are in the process of creating registries of companies’ true owners.

“Substantial reforms have been visible in a range of countries,” the authors said, noting the Lebanese vote to lift banks’ secret protections, as well as Mongolia’s legislation banning public officials and their family members from owning offshore companies.

This year alone there has been an impact, with Armenia reopening a corruption inquiry into a former law-enforcement official and US officials making the first arrest of an American implicated in the scandal.

“Various tax-enforcement measures have been a regular outcome of the reporting, and numerous companies and individuals have been penalised or prosecuted as a result,” Mr Graves and Ms Shabbir wrote.

In some countries, however, reporters have come under threat. The most severe example was the murder of Daphne Caruana Galizia in Malta.

In another case, in China, a high-profile editor of Hong Kong Daily, Ming Pao, was unexpectedly fired on the same day the paper carried front-page reports on prominent political and business figures who appeared in the Panama Papers documents.