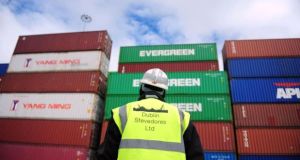 Ireland’s deficit and debt ratios are coming down quickly. But theOECD says the Government should do more

The OECD’s new assessment of the Irish economy is positive.

But as the Government gears up for an expansionary budget, the think-tank warns that efforts are required to reinforce the economy against the next global downturn.

The body’s intervention may well help Ministers Michael Noonan and Brendan Howlin as they resist political pressure to increase the €1.5 billion package of tax cuts and spending increases planned for 2016.

This is a delicate task, of course, for the Government is keen to stress the message that recovery has taken hold and that the crisis phase is well behind us.

This will be the mantra of the election to come, although the Coalition knows it would unwise to indulge in a spending spree.

Enter the OECD with a plea for caution. Thanks to the increase in the size of the economy, Ireland’s deficit and debt ratios are coming down quickly. But the Paris-based organisation says the Government should do more.

Amid a surge in tax payments, for example, the OCED urges the Government to put all of the gains into debt reduction and take the benefit of lower borrowing costs to pay down the debt. This will not lead the Government to reverse the current plan, which it insists is a prudent course. But it supports the rather obvious argument that the public finances are still constrained.

The OECD says the Government should continue with steps to improve expenditure control, particularly in respect of health spending and public sector pay. While accepting the Lansdowne Road pay deal is within budgetary parameters, the OECD says the move raises concern that pressure for excessive public sector wage increases could return in the absence of wage-setting structures that take competitiveness into account.

In respect of health it says spending efficiency should be improved by fully implementing “money follows the patient” systems and publishing improved indicators of financial and operational performances of hospitals.

The OECD calls for a broadening of the tax base, accompanied by lowering of high effective marginal tax rates on labour.

“These marginal rates could be lowered at the bottom end of the income distribution in a broadly fiscally neutral way by introducing a third lower income tax band, lowering the bottom rates of the universal social charge and reducing large tax credits.”

The OECD argues that the property tax remains low by international standards, adding that only a modest rise in the rate would be needed to generate a substantial increase in revenues from the charge in 2017.

With a revaluation exercise due in 2016, the body says consideration should be given to phasing in the property tax increase over more than one year given the sharp increase in property values. At the same time, it says the Government should introduce a low-income waiver to protect households from an increase in the tax.

The OECD also reiterates concern about the advance in the property market, saying recent developments in residential and commercial property markets “may be creating risks of another damaging property cycle.”

Therefore, it welcomes Central Bank moves to cap loans. “It will be important that authorities monitor these measures closely to ensure they are effective. Furthermore, developments in the commercial property sector should be monitored on an ongoing basis and appropriate action taken if needed.”

The OECD goes on to say the Government should avoid subsidies for first-time home buyers. Such measures would be capitalised into prices, aggravating a potential price spiral and making it even harder for those with lower incomes to purchase homes.

“A more developed rental market would help moderate the property cycle, reduce household exposure to house price fluctuations, especially poorer ones that will be hardest hit if prices and rents continue to rise strongly.”

The OECD assessment stands as a substantial assessment of conditions in the recovering economy. It notes the progress made but underlines the sense the numerous vulnerabilities remain.