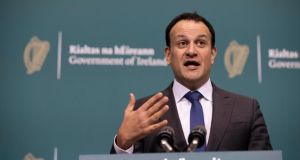 The Government plans to launch a new financial support scheme for businesses that have seen their revenues devastated by Covid-19 lockdown restrictions but don’t qualify for the Covid Restrictions Support Scheme (CRSS).

The CRSS is available to businesses that were required to prohibit or considerably restrict customers from accessing their business premises as part of Covid-19 restrictions.

Additional funding of €10 million has also been approved for IDA Ireland, which will be used for its Covid Life Sciences Products Scheme, launched last year to support the production of medicines and medical equipment in Ireland.

Speaking to The Irish Times, Tánaiste and Minister for Enterprise, Trade and Employment Leo Varadkar also confirmed that the Government plans to extend the CRSS, Employment Wage Subsidy Scheme (EWSS) and the commercial rates waiver beyond the end of the first quarter of this year to continue to support companies impacted by Covid restrictions.

On the new support scheme for companies not eligible for CRSS, Mr Varadkar said: “We’re fine-tuning the details but that will go to Cabinet next week. Essentially, it won’t help every company but there are companies that have seen a 75 per cent or more reduction in turnover but who don’t qualify for CRSS. Their premises didn’t close by legal order because it wasn’t open to the public. You’re talking about wholesale caterers, people with lock-ups and so forth. It will be run by my department and local authorities.”

Mr Varadkar said it would operate as a grant rather than a tax credit, as applies to the CRSS scheme. The cost to the exchequer has not yet been fully quantified.

The additional funding for the IDA is possible due to a relaxation of European Union state-aid rules. The Covid-related scheme allows for grant aid of up to 50 per cent of eligible capital investment.

Some €20 million had been allocated to the IDA scheme by the end of January, with just under €7 million approved in funding.

On the extension of CRSS, EWSS and the commercial rates waiver, Mr Varadkar said: “Ministers were asked to run the numbers on that but we should be able to confirm something on it around the middle of the month.”

In terms of CRSS, some 66,500 claims for payments in respect of 20,800 premises have been made to date, with €265.5 million processed by Revenue for payment.

About 121,000 businesses had their local authority commercial rates waived between March and December last year at a cost to the exchequer of almost €1 billion.The scheme was extended to cover the first quarter of this year, with an estimated additional cost of €160 million.

These decisions formed part of discussion at the Cabinet’s economic subcommittee on Thursday, attended by senior Ministers and Taoiseach Micheál Martin.