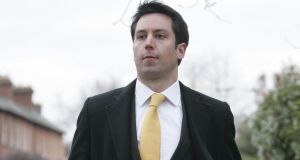 Citing the 2010 review of the Department of Finance by a group chaired by Canadian expert Rob Wright, Mr Murphy said the Central Bank was correct to say windfall gains should be deployed for debt reduction.

When the Fiscal Advisory Council said a fortnight ago that the Government should proceed with a €2 billion retrenchment in the budget, Mr Murphy said the Dáil should debate the matter. The EU Commission has also sought a €2 billion package.

“Fifty recommendations are made in the report to keep the department from making the mistakes of the Tiger years. This is the third recommendation. The Central Bank is right to make the call it is making today.

“Additional and unexpected tax gains should be used to pay off the national debt and reduce the deficit. Using it for new spending would be unwise,” he said.