Moderate inflation is a kind of economic lubricant 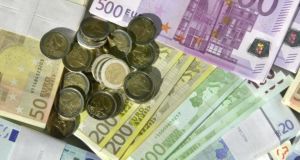 Doing what the US did after the second World War – using low interest rates and inflation to erode the debt burden – is often referred to as “financial repression”, which sounds bad. But who wouldn’t prefer modest inflation and a bit of asset erosion to mass unemployment?

Econonerds eagerly await each edition of the International Monetary Fund’s World Economic Outlook . Never mind the forecasts, what we’re waiting for are the analytical chapters, which are always interesting. This latest report is no exception.

In particular, chapter 3 – although billed as an analysis of trends in real (inflation-adjusted) interest rates – in effect makes a compelling case for raising inflation targets above 2 per cent, the current norm in advanced countries.

This conclusion fits in with other IMF research. Last month the fund’s blog – yes, it has one – discussed the problems created by “lowflation”, which is nearly as destructive as outright deflation.

An earlier World Economic Outlook analysed historical experience with high debt, and found that countries that were willing to let inflation erode their debt – including the US – fared much better than those, like Britain after the first World War, that clung to fiscal orthodoxy.

But the IMF doesn’t feel able to say outright what its analysis clearly implies. Instead the report resorts to euphemisms that preserve deniability: the analysis “could have implications for the appropriate monetary policy framework”.

So what makes the obvious unsayable?

In a direct sense, what we’re seeing is the power of conventional wisdom. But conventional wisdom doesn’t come from nowhere, and I’m increasingly convinced that our failure to deal with high unemployment has a lot to do with class interests.

First, let’s talk about the case for higher inflation.

Many people understand that a falling price level is a bad thing; nobody wants to turn into Japan, which has struggled with deflation since the 1990s. What’s less understood is that there isn’t a red line at zero: an economy with 0.5 per cent inflation is going to have many of the same problems as an economy with 0.5 per cent deflation. That’s why the IMF warned that “lowflation” is putting Europe at risk of Japanese-style stagnation even though literal deflation hasn’t happened (yet).

It’s good for debtors – and therefore good for the economy as a whole when an overhang of debt is holding back growth and job creation.

It encourages people to spend rather than sit on cash – again, a good thing in a depressed economy.

And it can serve as a kind of economic lubricant, making it easier to adjust wages and prices in the face of shifting demand.


Official inflation target
But how much inflation is appropriate?

European inflation is below 1 per cent, which is clearly too low, and US inflation isn’t that much higher. But would it be enough to get back to 2 per cent, the official inflation target in both Europe and the US? Almost certainly not.

You see, monetary experts have long known about the case for moderate inflation. But back in the 1990s, when the 2 per cent target was hardening into policy orthodoxy, they thought that 2 per cent was high enough to do the job. In particular, they thought it was enough to make liquidity traps – periods when even an interest rate of zero isn’t low enough to restore full employment – very rare. But the US has now been in a liquidity trap for more than five years. Clearly the experts were wrong.


Hoard cash
Furthermore, as the latest IMF report shows, there’s strong evidence that changes in the global economy are increasing the tendency of investors to hoard cash rather than put funds to work, thereby increasing the risk of liquidity traps unless the inflation target is raised. But the report never dares to say this outright.

So why is the obvious unsayable?

One answer is that serious people like to prove their seriousness by calling for tough choices and sacrifice (by other people, of course). They hate being told about answers that don’t involve more suffering. And behind this attitude, one suspects, lies class bias.

Doing what the US did after the second World War – using low interest rates and inflation to erode the debt burden – is often referred to as “financial repression”, which sounds bad. But who wouldn’t prefer modest inflation and a bit of asset erosion to mass unemployment?

Well, you know who: the 0.1 per cent who receive “only” 4 per cent of wages but account for more than 20 per cent of total wealth.

Modestly higher inflation, say 4 per cent, would be good for the vast majority of people but it would be bad for the super-elite. And guess who gets to define conventional wisdom.

Now, I don’t think that class interest is all-powerful. Good arguments and good policies sometimes prevail even if they hurt the 0.1 per cent – otherwise we would never have got health reform.

But we do need to make clear what’s going on, and realise that in monetary policy, as in so much else, what’s good for oligarchs isn’t good for America. – New York Times service

5 Nearly a quarter of workers will operate remotely after pandemic