If competition is introduced in the right way, it can benefit companies and consumers 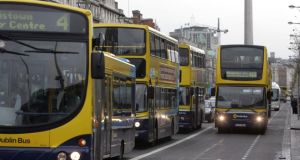 In the 1980s, with the advent of the Thatcher regime in the UK, privatisation became a fashionable tool of public policy. However, it was pursued with an ideological zeal that often produced very unsatisfactory outcomes.

Thirty years on, public policy has a more nuanced understanding of the role that privatisation may play in managing an economy.

The key economic reason for privatising publicly owned companies is that the change in ownership may result in more efficient operation and a lower cost for society by substituting private sector competition for a public sector monopoly.

However, if privatisation merely transforms a public sector monopoly into a private sector monopoly, with no incentive to pass on any cost savings to consumers, it will fail to bring about any benefit to the public.

The privatisation of electricity generation in Northern Ireland in 1992 was a failure because it did not produce competition. The privatised generators had exceptionally favourable long-term contracts so that consumers were forced to pay very high prices for their electricity for more than a decade, while the new private owners made exceptional profits.

However, there are many “natural monopolies” where competition is either impossible or far too expensive to be sensible. These are where the economies of scale of one big provider outweigh the potential for competition from having a number of smaller producers.

Good examples are network industries, such as the transmission and distribution of electricity, gas and water. It would be madness to have competing sets of wires and pipes traversing the country.

In such cases, the best solution is to retain the natural monopoly in public ownership. This is important because networks need to be planned and organised centrally.

The British railway system, which was privatised under Thatcher, offers a topical example. This privatisation proved a failure, and the resulting mix of private and public ownership has had a significant cost for Britain. Rail systems are networks and they need to be planned as a network, not left to develop in a piecemeal fashion. Recent suggestions for reform in the UK emphasise the need for centralised planning in any new model (see What To Do About Railways by Dieter Helm: http://iti.ms/1GgoyI3).

In a public sector monopoly this gain may be captured by workers or management through earnings or staffing levels above the norm.

Alternatively, these companies may generate high profits which are returned to the state as a dividend, benefiting taxpayers, but at the expense of their own consumers.

In a private sector monopoly, on the other hand, the owners can earn exceptional profits which are not returned to the community.

Unlike public sector monopolies, public opinion carries little weight with them. Even with strong independent economic regulators, it can be difficult to identify where the excessive costs lie in a monopoly and how they can be eliminated.

One solution is to require natural monopolies to buy in as much of their services as possible through a competitive process. This puts downward pressure on costs and provides crucial information to the regulators.

However, BGE rapidly moved to a new model where the bulk of the services in installing and maintaining the system were procured from smaller, independent suppliers as part of a competitive process, rather than being provided in-house. The result was a very big reduction in cost and a major improvement in the service to customers.

There are important lessons from this journey. Natural monopolies such as the gas, water and electricity distribution and transmissions systems should remain in public ownership.

However, in each case the operators should move to buy in as much of their inputs and sub-services on the open market as is feasible and reduce their direct employment and production.

This approach can combine the cost savings of a competitive market with the major advantage of co-ordinated provision of vital services. Such an approach could also work well in sectors of the economy such as public transport.

The privatisation of urban bus services in other countries provides some useful lessons for Ireland. Having competition between different operators on a common route (such as in Oxford) is inefficient and problematic for users.

The move to this model in Copenhagen substantially reduced costs and improved the level of service.

The limited privatisation mooted here of individual Dublin bus routes provoked industrial action and is proceeding at a slow pace. The prospect of competition, alongside efficient regulation, has the potential to ensure bus services are delivered efficiently and at a reasonable price, in the same way that competing airlines operating out of Ireland have lowered the cost of air travel for everyone.