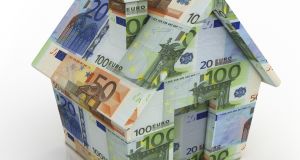 In an analysis of the years between 2009 and 2013, ECB experts discovered that Ireland lost more than €18,000 per person, while Spaniards saw wealth dwindle by almost €13,000 as property in both nations plummeted.

The Irish lost more of their personal wealth than any other euro zone country in the aftermath of the financial crash while Germany and the Netherlands gained the most, fresh data from the European Central Bank shows.

In an analysis of the years between 2009 and 2013, ECB experts discovered that Ireland lost more than €18,000 per person, while Spaniards saw wealth dwindle by almost €13,000 as property in both nations plummeted.

Greeks saw their notional wealth decline by almost €17,000 for the same reason.

In the Netherlands and Germany, by contrast, the wealth per capita grew by roughly €33,000 and €19,000 respectively, due in part to a boost to financial investments over that time.

The data, which takes a snapshot before the recent economic upswing in Spain and Ireland, illustrates the stark differences between countries in the 19-country euro zone that extends from cities such as Helsinki in the north to Athens in the south.

By presenting the data in this manner, the ECB acknowledges the divergence, although there is little the central bank can do to remedy it.

Its money-printing scheme known as quantitative easing is spread out according to euro zone member countries’ relative size and not determined by their economic needs.

To fix imbalances between strong industrial nations such as Germany and countries such as Spain, experts have long pushed for a system of financial transfers or payments from rich to poor states.

Germany, which fears that this would lumber it with unmanageable costs and believes that handouts would discourage spendthrift countries from reforming, has flatly rejected the suggestion.

A separate chart published by the ECB, with data up until the start of this year, shows, however, that the situation of weaker nations may be gradually improving.

Data shows an improvement in income almost across the board in the euro zone, barring a small number of stragglers including Cyprus.