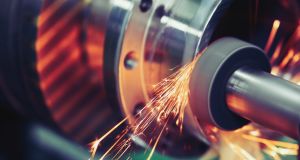 Manufacturing production fell in the year to July, reducing by almost 6 per cent over the 12 months.

The decline was led by the so-called modern sector, which includes the production of chemical, pharamceutical and computer equipment, among others. It was marked by an annual fall of 8.4 per cent. The traditional manufacturing sector increased production by 5.9 per cent over the same period.

On a monthly basis, production rose 3.3 per cent compared with June, with the modern sector rising 4.5 per cent. That increase was partly offset by a 1.1 per cent decline in the traditional sector compared with the previous month.

In the three months between May and July 2018, industrial production was 3.1 per cent higher compared with the preceding quarter.

Turnover rose by 5.2 per cent in the sector during the month, and grew by 5.7 per cent year on year.