How GSK used Luxembourg and Ireland to avoid tax on $9.8bn

Assets from pharma multinational transferred to Irish subsidiary and loaned back 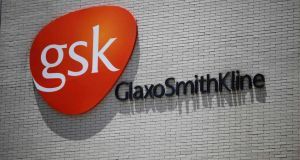 Luxembourg’s wealth tax is charged at a rate of 0.5 per cent per annum, meaning Glaxosmithkline may have saved $49 million on the $9.8 billion transferred to Ireland

Glaxosmithkline, the pharmaceutical multinational that employs 1,500 people in Ireland, opened a non-trading branch in Cork into which it transferred $9.8 billion in assets as part of a Luxembourg tax structure.

The Irish branch immediately loaned the assets back to its parent in Luxembourg in return for an interest-free loan in a process that meant the $9.8 billion no longer featured when the Luxembourg’s company’s wealth tax bill was being calculated by the Luxembourg tax authorities.

The transaction was outlined in a letter from PwC Luxembourg to Marius Kohl of the tax authorities there. In the November 2008 letter the tax authority was told the Luxembourg company, Glaxosmithkline International Luxembourg Sarl, would still have $400 million in assets that would “remain” subject to the Luxembourg wealth tax. The proposal was approved by Mr Kohl on December 3rd, 2008, thereby becoming a so-called advanced tax agreement.

Luxembourg’s wealth tax is charged at a rate of 0.5 per cent per annum, meaning Glaxosmithkline may have saved $49 million on the $9.8 billion transferred to Ireland.

In the letter, PwC said the Irish branch would be tax resident in Ireland because it would have an office space, a desk, a fax, its name displayed on the premises, a telephone number that was available to the public, its own bank account and accounting records, and one manager.

“The branch manager will be provided by GSK Trading Services Ltd, a GSK company incorporated and tax resident in Ireland for an arm’s length fee.”

The tax treaty between Ireland and Luxembourg provides that in these circumstances the Irish branch of the Luxembourg company would be tax resident in Ireland, the PwC letter said.

In discussing the matter, PwC reviewed the English language and French language versions of the treaty while coming to the view that the branch was tax resident here.

Records in the Companies Registration Office in Dublin show the Irish branch of the Luxembourg company was registered here in December 2008, and closed in November 2013. The branch had an address in the Cork Airport Business Park, Cork.

The 2010 accounts for the company show it had one part-time employee in that year. Staff costs were £94,000.

A spokeswoman for Glaxosmithkline said it understood its responsibility to pay tax and that last year its global tax charge amounted to more than a fifth of its total profits. “This specific case [the Cork branch] is historic as the agreement referred to is no longer in place and the company involved has been liquidated.”

1 Aldi empire wracked by family feud
2 NatWest considers closing Ulster Bank in the Republic
3 Will PTSB be Ulster Bank’s knight in shining armour?
4 NatWest confirms review of Ulster Bank as Covid-19 bites
5 TikTok to be banned from US app stores from Sunday
6 ‘INM 19’ members win High Court applications for document access
7 Cliff Taylor: What permanently low interest rates mean for you as a saver or borrower
8 How Ireland managed to green the White House
9 EU signals late call on Apple tax appeal as deadline looms
10 Gabriel Makhlouf: ‘A full second lockdown would be very serious for the economy’
Real news has value SUBSCRIBE