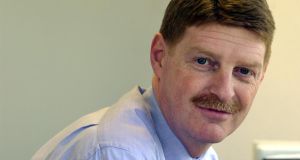 Ireland France Chamber of Commerce president Jim Rice: “Over half of our members have witnessed higher levels of business activity and have increased staffing numbers, which can only be a positive signal.” Photograph: Eric Luke

A survey by the Ireland France Chamber of Commerce has found 69 per cent of its members expect to recruit more staff in the next three months, with 79 per cent predicting an increase in their revenues in this quarter as the Irish economy continues to recover.

Technology, hospitality and agri food are predicted to be the main sectors leading the recovery this year, it found.

In terms of the January to March period of this year, 57 per cent of chamber members said they had experienced an increase in business activity compared with the fourth quarter of last year.

Half said their revenues had increased during this time, while one in four have increased average prices charged.

Three-quarters of respondents expect a recovery in the Irish economy over the next two years but only 14 per cent believe the upcoming European elections will have a positive impact on business here.


‘Positive forecasts’
“It is also reassuring to see positive forecasts for the coming three months and our members, which range in size from start-ups to some of the biggest companies in Europe, are even more confident about what lies ahead.

“When it comes to wider economic recovery, 76 per cent of members believe the Irish economy will recover in less than two years with almost half of these expecting the recovery to be within 12 months. Technology and hospitality are pinpointed as the sectors most likely to lead the way.”

The survey also looked at issues surrounding the charity sector, with 88 per cent of respondents claiming it had been damaged by recent controversies over funding and executive pay.

1 In this strangest of recessions, what happens next for Ireland?
2 Michael O’Leary is the boss you want to lead an airline out of crisis
3 Bank of Ireland sees about 2,000 staff apply for voluntary redundancy
4 Estée Lauder staff at Dublin airport plan further strike action
5 Minister seeks AG’s advice on banker accountability laws
6 EY Entrepreneur of the Year: nominee profiles
7 Should I switch bank now with Ulster Bank at risk of closing?
8 Online shopping makes town centre jobs unviable, says Next boss
9 Irish company to test vaccines on volunteers deliberately infected with Covid-19
10 Air travel never going ‘back to way it was’
Real news has value SUBSCRIBE