Exports to the Nordics jump as Irish companies look beyond Britain 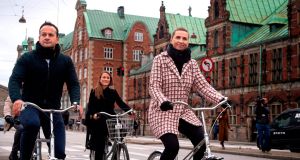 More than 20 Enterprise Ireland client companies are currently in the region as part of a two-day trade mission that also takes in Sweden.

According to figures from the State agency, exports to Denmark alone climbed 45 per cent to €370 million last year as companies look beyond Britain and at new markets.

Enterprise Ireland said Irish companies are performing particularly well in the area of high-tech construction with over 20 currently working on datacentre projects in Denmark.

While on the trade mission, Collen Construction announced its involvement in building a €100 million hyper scale data centre in Gavle, north of Stockholm.

Other announcements came from Kingspan, which said it has completed its new factory in Jonkoping, and Dortek, which announced a €350,000 project win at the new Ferring Pharma facility near Copenhagen airport.