Exploding the myth of the ‘squeezed middle’ 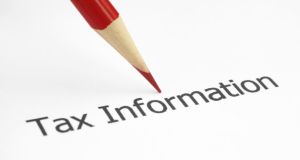 Data from the Revenue Commissioners shows that 875,000 individuals didn’t pay any income tax in 2013, just over 40% of income earners

Next year’s budget will, superficially, be free of bailout restrictions. It may or may not conform to the planned adjustment of another €2+ billion. The headline figure for the net impact is always important and relatively easy to understand. As important, but harder to analyse, is where the impact falls the hardest; who are the biggest losers and – if any – winners? Can we now assess the budgetary impact of the bailout?

Many analysts try to explain the effects of the budget in terms of “typical” families and individuals. Indeed, the Government itself supplies data in this kind of format. Sometimes this works, but it often fails to paint a complete picture. Society consists of a complex range of families, single people and various configurations of households. It is tough to supply easily comprehended summary statistics that accurately describe what is going on.

Consequently, it is easy to make mistakes – or to deliberately distort. Either way, myths can quickly build up; stories are told about how the authorities are “deliberately targeting” vulnerable groups, how the rich are getting off “lightly” and so on.

Perhaps one of the most over-used phrases heard in this, and many other, countries is “the squeezed middle”. Another commonly heard description of Ireland’s taxation system, relative to other countries at least, is that it is “low”.

Complexity is increased when we think about the incidence and nature of indirect taxation; the introduction of our new wealth taxes as well as water and property charges also muddies the waters.

Who takes the biggest hit often doesn’t become clear until a lot of time has passed: estimates of the effects of individual budget measures are often just educated guesses. How they all add up and how they interact with each other is often far less clear than budget documentation admits, particularly when there are lots of different measures that build up over years.

It is hard to believe that the current system has been deliberately designed. Rather, it is a mishmash of budgets brought in at times of acute stress with little consideration given to strategic planning, to the longer term, bigger picture consequences.

The data on international income tax comparisons do paint a very clear picture: we are at, or very close to, the top of the league tables in terms of effective tax rates. But there are two peculiarities to the numbers: first, social insurance contributions are relatively low in Ireland and, second, we have unusually large numbers of people who pay no income tax at all.

So, those who do pay tax and social insurance in Ireland shoulder a disproportionate burden, at least compared with other countries.

Data from the Revenue Commissioners shows that 875,000 individuals didn’t pay any income tax in 2013, just over 40 per cent of income earners. To the extent that these tax exempt earners pay social insurance contributions, they are, in an international context, not paying very much. So, if you are paying income taxes as well as PRSI and USC, you are amongst the hardest hit in terms of EU and OECD tax league tables.

As incomes rise, the Irish effective tax rate rises extremely quickly, more so than in most other countries.

Everyone pays tax of one kind or another, of course. While large numbers pay no income tax, they do pay VAT, excise duties, property taxes and, soon, water charges. Again, so do most people in other countries.

Relatively few countries have wealth taxes: we have implemented them with such little fuss that some opposition parties don’t seem to have noticed and are still calling for their introduction.

The Revenue supply some simple numbers that contribute to our analysis. For example, in 2001, a married couple with one partner earning €40,000 paid 14.4 per cent in combined income taxes and social insurance. This year, this would have been 11.8 per cent.

A high-earning couple on €120,000 would have seen their effective rate of tax move from 34.1 per cent in 2001 to 37.4 per cent today. That is one sense in which our rates have become more progressive.

Data published by the ESRI yesterday show how the impact of successive austerity budgets has, in fact, been quite evenly spread over income groups: higher earners have seen the biggest hit, but other groups have also shouldered a considerable part of the burden.

The ESRI’s analysis does not give any hint of a “squeezed middle”. None of the data, whichever way we look at it, is consistent with the notion that we are a low income tax country. Quite the opposite in fact.