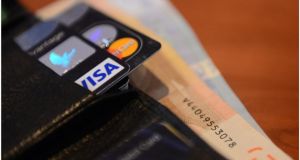 About 60,000 people with low incomes whose bank accounts have been frozen for at least a year and whose debt doesn’t exceed 35,000 kuna (€4,500) can participatein Croatia’s debt forgiveness programe. (Photograph: Bryan O’Brien / THE IRISH TIMES)

Croatia’s poorest citizens may start applying today to have their debt erased under a one-time measure passed by the government last month.

About 60,000 people with low incomes whose bank accounts have been frozen for at least a year and whose debt doesn’t exceed 35,000 kuna (€4,500) can participate, according to the government’s website.

Applications are now open only to those who live on welfare, while debtors whose income is no greater than 2,500 kuna a month for a single person household or 1,250 kuna per family member may start applying on April 2. The deadline is June 30. Prime Minister Zoran Milanovic’s government introduced the measure ahead of this year’s general election after his Social Democrat party fell behind the opposition Croatian Democratic Union in opinion polls.

Croatia, which joined the European Union in 2013, has lost about 12 percent of gross domestic product since 2008, while unemployment in that period has doubled to 19.6 percent as of December. The measure is a “classic case of populism, just ahead of parliamentary elections later this year,” Timothy Ash, chief economist of London-based Standard Bank Plc, said in an e-mailed comment. “Obviously, the recent victory of an opposition politician in the presidential elections last month has concentrated the mind of PM Milanovic on the need to come up with some vote winning policies.” After defeating the ruling Social Democrats in 2014 local elections, the Croatian Democratic Union scored another victory when its candidate, Kolinda Grabar Kitarovic, won the January presidential election. That raised pressure on Milanovic’s party, whose support fell to 18.7 percent in a Dec. 8-19 Ipsos Puls survey of 1,000 likely voters, compared with 26.9 percent for the Croatian Democratic Union. The poll gave no margin of error.

Croatia must hold an election by the end of 2015, and the opposition is pushing for one as early as possible. The program to erase the poorest citizens debt in the Adriatic country of 4.2 million was announced after an agreement last month between the government and major debt-providers, including utility companies, municipal governments, banks and telephone operators. They have all agreed not to be reimbursed for their losses.