Credit flow to SMEs improves but drawdown delays a problem 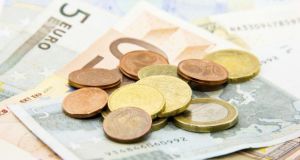 SMEs are finding it easier to access credit but many face long delays in getting loan approvals, according to a new study.

The latest Isme quarterly bank watch survey reveals that 32 per cent of small and medium sized firms were refused loans over the past three months, compared to 38 per cent in the previous quarter. The study shows however that 27 per cent of decisions on lending are still pending and companies are waiting up to eight weeks before being able to drawdown loans.

According to the study, 23 per cent of initial bank decisions were made within one week; down from 30 per cent in the previous quarter. On average, the initial decision time on lending has remained at just over 4 weeks while the wait to drawdown has increased from 2 weeks to 3 weeks.

Isme said that demand for credit remains high at 43 per cent, which the organisation said showed that SMEs are actively looking to develop their business.

“Bank credit was largely unavailable to SMEs during the recession. This made a difficult business environment even more perilous for small businesses. It seems that the improvements in the economy have inspired the banks to reopen their purses and move towards healthier lending policies. SMEs are currently exploring ways to improve and expand their businesses and greater access to credit will certainly help this process,” said Isme chief executive Mark Fielding.

Of the 68 per cent of Isme member companies approved for funding in the last quarter, 48 per cent have drawn down the finance either fully or in part. The study shows 48 per cent of funding requests were for term loans, with 26 per cent for overdrafts, or alterations to existing facilities. Invoice discounting/factoring accounted for 7 per cent of requests, with 19 per cent seeking leasing loans.

The survey shows that SMEs are keen to access funding from the new State-backed Strategic Banking Corporation of Ireland (SBCI), which has been set up to offer loans to companies which are up to 2 per cent cheaper than current market rates.

According to the study, nearly a third of Isme member companies plan to apply for an SBCI loan, most of them within the next six months.

The imminent opening of the SBCI is a welcome initiative and it is hoped that lending rates will come back to a more normal figure once this funding comes on stream on the 9th of March. The fact that 28 per cent of SMEs are planning to apply for SBCI funding shows the demand for longer term funding, which is more appropriate for growing SMEs. However, the cost of funding and indeed bank charges across the board are of major concern. SME owner managers are experiencing large increases in bank fees and this is wreaking havoc on already weak profit margins,” said Mr Fielding.