Doctors, dentists and pharmacists found to be hiding large sums in undeclared income 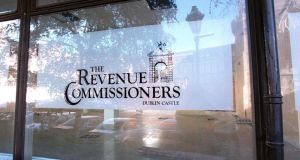 The Revenue has stepped up its audits of businesses in the shadow economy recently.

Tens of millions of euro in tax on undeclared income have been recovered from landlords and white-collar professionals as part of a crackdown on the “shadow economy”, new records show.

Hundreds of audits by the Revenue Commissioners into sectors of the economy which deal in cash show rental income accounted for the biggest individual yield last year.

Officials uncovered €34 million owed to the exchequer by landlords, based on an audit of more than 600 property owners. The average yield per case was about €40,000.

Liabilities in this area included undeclared income tax, false claims or non-allowable expenses and tax reliefs claimed as losses. White-collar businesses – run by professionals such as solicitors, accountants, doctors and dentists – netted the next largest yield (€30 million) in undeclared income.

Liabilities in this area include undeclared income, staff not being placed on official payrolls and capital gains tax owed on the sale of properties or share dividends. The details are contained in internal Revenue documents prepared earlier this year and released to The Irish Times under the Freedom of Information Act.

Another audit by the Revenue into contractors who were found to have claimed excessive expenses has yielded almost €10 million in unpaid tax, penalties and interest over the past year.

This project targeted people who provide professional, technical, scientific and IT services mostly to large manufacturing businesses through a company structure. The contractors’ services were typically provided through a company in which they were the only employee.

However, tax-free expenses being drawn from these companies by the contractors were either not incurred at all, or were personal rather than business related. The Revenue is now considering expanding this audit to other sectors.

The Revenue, however, briefed contractors last year that they cannot have commuting costs to their normal place of work reimbursed tax-free.

Other audits undertaken by the Revenue show areas of the economy traditionally associated with large-scale use of cash continue to yield significant sums. Bars, nightclubs, fast- food outlets and other related businesses yielded €25 million in additional tax, while the construction sector was responsible for €23 million.

Overall, the Revenue has stepped up its audits of businesses in the shadow economy recently.