Civil servants ‘should be paid based on performance’ 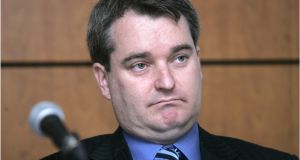 Robert Watt, the secretary general of the Department of Public Expenditure and Reform said the current system of pay for Civil Servants is too hierarchical. Photographer: Dara Mac Dónaill/The Irish Times

Staff in the Civil Service should in future have their pay linked to their performance, the secretary general of the Department of Public Expenditure and Reform has said.

Robert Watt also maintained the existing structure in the Civil Service was too hierarchical and had too many different grades.

Speaking at an update on Civil Service renewal plans on Thursday he said in future he would like to see a move away from a system of incremental pay progression where effectively most staff received an annual incremental increase.

Mr Watt said he would prefer a variable pay system linked to performance.

He suggested that under such an arrangement an employee would be place in a pay band in which he or she could move up or down depending on performance.

Mr Watt said a new system of performance assessment for secretaries general in Government departments will be introduced from early next year.

He said secretaries general would agree objectives to be realised with ministers and would then be assessed on how they performed by a group comprising the top civil servant in the Department of the Taoiseach, the Department of Public Expenditure and Reform and an outside assessor.

Mr Watt also said a new streamlined disciplinary code for staff in the Civil Service would be put in place next year.

He said the existing arrangements for dealing with people who were considered not to be performing was “too cumbersome and had too many steps and was challenged every step of the way”.