Budget 2018: If PRSI and USC are merged, what should the rate be?

Flat rate or progressive are the two options 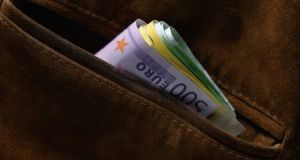 At present there are three different taxes on income in Ireland: income tax, USC and PRSI.

The Minister for Finance Paschal Donohoe has said he intends to merge the universal social charge and PRSI into a single social insurance payment. This proposal, which might be implemented over a number of budgets, raises a number of issues. It also has the potential to shift part of the tax burden from the young to the old, which could give rise to controversy.

At present, there are three different taxes on income in Ireland: income tax, USC and PRSI. Income tax will yield about €16.5 billion, USC €3.7 billion and employee PRSI €2.7 billion in 2017. The combined effect of USC and PRSI is to add up to 15 percentage points to the marginal rate of tax.

At present, USC and employee PRSI are applied to different tax bases and have different rate structures and thresholds. For example USC does not apply to deposit interest while PRSI does not apply to occupational pensions or income accruing to people over State pension age (currently 66). Neither USC nor PRSI apply to welfare payments or capital gains.

In approaching this issue, it is useful to set out some key principles.

First, the objective should be to levy the unified charge on as broad a base as possible. All the evidence suggests that taxes with broad bases and low rates are preferable to taxes with narrower bases and necessarily higher rates.

Thirdly, major discontinuities in the rate structure should be avoided. For example, an increase of €1 in income can lead to an additional USC liability of about €60 when the threshold of €12,012 is reached.

A number of issues arise:

How should the tax base be as broad as possible?

What threshold should be used?

How should self-employed be treated?

How should welfare payments such as dependency allowances and child benefit be treated?

Should the new unified tax be on a cumulative or non-cumulative basis?

What deductions/exemptions should be allowed for PRSI purposes?

Should the new unified tax have a progressive rate structure?

Broadening the tax base

“Income arising to persons of State Pension age (now 66). Such income is currently liable to USC except for welfare payments and deposit interest

At present, all welfare payments are exempt from both USC and PRSI though all are charged to income tax except child benefit.

The exemption of social welfare pensions from USC costs about €350 million and it would seem fairer to treat this income for USC and PRSI in the same way as it is treated for income tax.

USC and income tax are charged on a cumulative basis in that liability is based on the total income received during a calendar year. On the other hand liability to employee PRSI is determined on weekly or monthly basis. Self-employed individuals pay PRSI on an annual basis.

Provided any administrative difficulties can be overcome, it would seem fairer if all taxes on income were paid on a cumulative basis.

Extensions of the PRSI base have the potential to raise considerable sums at existing rates of PRSI and, as such, would have significant income distribution effects. In particular, there would be a rebalancing of the tax burden from the young to the old. A change to a system where tax liability is related to income where those with the same income pay the same tax inevitably increases tax on older people who enjoy relatively favourable treatment under the current regime.

A flat rate system would be simpler. Given that we already have a progressive rate structure for income tax it may be sufficient to have one element of the system with a progressive structure.