Tax authorities in Australia have published records of hundreds of companies 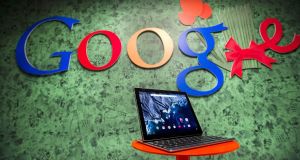 Google was among the companies to see their tax records revealed in Australia. Photograph: EPA

Australian tax authorities on Thursday took the unprecedented step of publishing the records of hundreds of companies, including Google and Apple, which show they paid little or no tax on their in-country earnings.

Of more than 1,500 largely foreign-owned companies which reported total earnings over AUS$100 million (€66m) in the 2014 financial year, more than a third paid no tax, the Australian Taxation Office data showed.

Australia has led efforts at the Group of 20 rich nations to close tax loopholes, but the tax office’s move appears to have caught ministers off-guard, coming in the same week as the government flagged spending cuts to rein in a budget blowout.

Commissioner of taxation Chris Jordan criticised certain foreign-owned companies for being “overly aggressive in the way they structure their operations”.

“We will continue to challenge the more aggressive arrangements to show that we are resolute about ensuring companies are not unreasonably playing on the edge. If they do, they can expect to be challenged,” he said in a statement.

The Australian Taxation Office has the powers to release such sensitive corporate information but has never done so until now.

Among the offshore firms that paid no tax on their Australian earnings were US oil services firm Halliburton, US hotel chain Hilton Worldwide, US aviation giant Boeing, its British rival BAE Systems, beer giant SABMiller, Japanese automaker Honda Motor and US automaker Ford.

Apple paid AUS$74 million tax on its AUS$247 million taxable income, in line with the country’s 30 per cent tax rate but a small fraction of the total AUS$6.1 billion it made in Australia that year.

Google paid AUS$9 million tax on AUS$91 million in taxable income, a third of the company tax rate and dwarfed by the AUS$357 million it made.

A BAE Systems spokeswoman said the company paid no income tax that year because of losses it incurred developing a new surveillance system for the Royal Australian Air Force. The company showed full details of its tax arrangements to the tax office to ensure it was compliant.

A Hilton spokeswoman declined comment, while spokespeople for Apple, Google, Halliburton, SABMiller, Ford and Honda did not respond to requests for comment.

The disclosure will also likely embarrass the companies, many of which rely on squeaky clean images to convince customers to buy their products.

It also could build public support for an overhaul to the company tax system after a high-profile government inquiry into corporate tax avoidance earlier this year saw some tense clashes between executives and lawmakers.

“It’s time to bring these practices to an end. It doesn’t pass the sniff test that all these companies have legitimate reasons for paying no tax,” opposition Senator Sam Dastyari, who chaired the inquiry, was quoted as saying in a Fairfax Media report on Thursday.

Peter Burn, head of policy at business lobby the Australian Industry Group, said the ATO’s data release showed tax laws needed to be updated, not that companies were evading their responsibilities.

The question of where value was created was a thorny one for tax authorities the world over, he said.

“Individual company tax laws haven’t really come to terms with that yet, and Australia is probably well ahead of the pack rather than behind it,” Mr Burn said.