Allergan warns US against any move on tax inversion deals 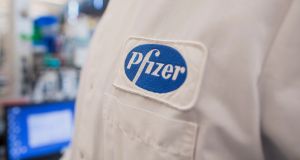 Pfizer is in negotiations with Dublin-based Allergan about buying the group in what would be the biggest ever “tax inversion” — allowing the company to report much lower tax costs by moving its domicile to Ireland. (Photograph: Scott Eisen/Bloomberg)

The chief executive of Allergan, in talks about selling itself to Pfizer to form the world’s largest drugmaker, has cautioned that any attempt by the Obama administration to block a deal aimed at cutting a company’s tax bill would be a “short-sighted intervention”.

Pfizer is in negotiations with Dublin-based Allergan about buying the group in what would be the biggest ever “tax inversion” — allowing the company to report much lower tax costs by moving its domicile to Ireland. The move would create a company with a value of more than $330bn.

Tax experts said an inversion would improve the presentation of Pfizer’s earnings, as well as helping it escape potential future US tax bills on more than $128bn of profits it had earned overseas.

Moving Pfizer’s tax base to Ireland would cut Pfizer’s “book” tax rate which was 26 per cent last year, as it would no longer have to set aside money to pay extra US tax when it repatriated its overseas profits.

The move would also create a one-off boost to Pfizer’s earnings of up to $21bn as the provisions for these “deferred” US taxes — which have accounted for nearly two-thirds of its tax charge over the past four years — were released.

The companies hope to announce an agreement by the end of the month, said people close to the process, but there are growing fears among analysts and investors that the US government will attempt to block the deal.

In an interview with the Financial Times, Brent Saunders, Allergan chief executive, declined to comment on the talks with Pfizer, but he warned against any political interference designed to frustrate deals aimed at reducing corporation tax.

“It would be a short-sighted intervention by politicians if they were to intervene,” Mr Saunders said. “What has to happen is the US has to create a competitive environment for companies that want to compete here on a global scale.”

Ian Read, Mr Saunders’ counterpart at Pfizer, has been a vociferous critic of the tax code in the US, where companies are taxed on their overseas earnings and pay much higher headline rates, and recently said the company was fighting its rivals in other jurisdictions with “one hand tied behind our back”.

Last year, Pfizer attempted a different tax inversion — the £69.4bn takeover of Britain’s AstraZeneca — but walked away after the company refused to engage.

A few months later, the US Treasury implemented a crackdown on tax inversions, which had a chilling effect on the number of transactions and torpedoed several high-profile deals, including AbbVie’s $54bn takeover of Ireland’s Shire.

Companies have since found a way of structuring deals to skirt the new Treasury rules and Pfizer’s bankers believe the they can do the same in the case of Allergan, although some analysts fear the Obama administration could launch a fresh crackdown to frustrate such deals.

The US Treasury could announce a second round of anti-inversion action before the end of the year, although officials have stressed there are limits to what they can do using executive powers and said that only Congress has the power to stop inversions.

President Barack Obama and his Treasury secretary, Jack Lew, have said relatively little on the Pfizer-Allergan talks, which has been interpreted by some investors as a sign they are powerless to stop such a deal.

However, Terrence Thompson, a tax expert at Credit Suisse, recently told investors in the pharmaceuticals sector that he found their silence worrying, warning that they could be planning more drastic measures than the market is expecting.

1 Election adds to headaches for AIB boss Colin Hunt
2 Irish people like nothing more than being bribed with their own money
3 Being in Nama regarded as stigma in UK, O’Flynn tells court
4 Construction body calls for loan scheme to help first-time buyers
5 The Irish economy is thriving but if you’re not feeling it – here’s why
6 Climate apathy in Northern Ireland could impact on the Republic
7 Barclays to cut 100 senior roles as lender seeks to rein in costs
8 Labour Court expected to rule on Paddy Power workers’ claim
9 Irish banks face SME bad loans risks, warns debt ratings firm
10 Pointy sale: How a Google reject built a $160m company and sold it to Google
Real news has value SUBSCRIBE