Activist demands in listed companies fall in first half 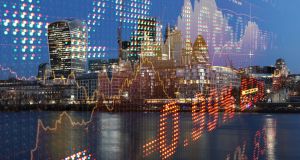 ‘Overall, we have registered a decrease in new live and potential campaigns compared to the first half of 2018,’ said William Mace, assistant editor at ActivistMonitor

Demands made by prominent shareholders in listed European companies fell in the first half this year, a possible result of slowdown in growth of the global economy, a review from ActivistMonitor found.

In the first half of this year there the number of demands made were 14.2 per cent lower when compared with the first half of 2018 in Europe. Aside from the slowdown in global growth, the poor stock market performance, a less stable geopolitical climate and an increase in private negotiations between parties were cited as factors which discouraged activism.

Some 66 demands were recorded in the first half, with US investor Elliott Management remaining the busiest activist in the period. The company launched four campaigns across German software company SAP, Portuguese utility company EDP, German pharmaceutical company Bayer and British insurer Saga.

While Elliott had the largest number of live and potential campaigns launched in the period, UK investor Petrus Advisers had the highest number of demands made with four aimed at explorer Ophir Energy, which has since been acquired, and one each at Austrian real estate company CA Immobilien, Austrian commercial real-estate company Immofinanz and Austrian brick maker Wienerberger.

There were also a number of successful campaigns in the period such as Cat Rock Capital calling for Just Eat to consider a merger. The company announced its merger agreement with Takeaway. com in August.

“Overall, we have registered a decrease in new live and potential campaigns compared to the first half of 2018,” said William Mace, assistant editor at ActivistMonitor.

“This is due to a less stable geopolitical climate which has contributed to poor returns across the investor spectrum, not only for activist investors. Activists are therefore increasingly taking stakes in less risky companies in which they are more certain to not lose money, but still can generate upside.”

ActivistMonitor, which allows users track campaigns, saw that activists increasingly sought structural changes in the first half this year while opposing acquisition or merger agreements. Board and management change demands fell considerably, although this category still recorded the highest number of demands overall.