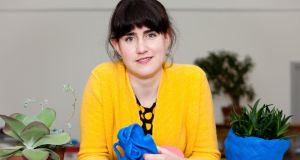 The campaign was overfunded 355 per cent above the original target of £1 million, with 2,700 investors from 68 countries.

Ms ni Dhulchaointigh said she will be “forever humbled by the enormous amount of interest by our existing and new customers alike”.

She said Sugru will use the money to support further expansion into retail outlets across Europe and the USA.

An extensive roll out of the company’s adhesive is already underway across 4,000 stores at major US retailers including Lowe’s Home Improvement and Target with the number of outlets scheduled to reach 10,000 by December.

“It’s been one of our most popular raises,” he added.

Sugru is an adhesive that moulds like play-dough, sticks to almost anything and turns into a strong flexible rubber within 24 hours. It has sold five million packs in over 160 countries worldwide.