Agency to focus on expanding from southeast England base through acquisitions 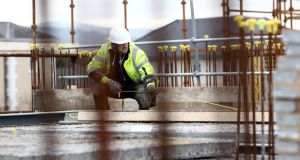 Irish investor FL Partners has bought jobs agency Potensis in a bid to cash in on demand for labour among British housebuilders.

FL confirmed on Thursday that funds managed by the Dublin partnership had acquired Potensis.

Neither side revealed any figures but it is understood the business makes £4 million to £5 million (€4.6 million to €5.8 million) a year.

The agency’s founder and managing director, Jared Sullivan, has invested alongside the Irish player.

FL’s managing partners, Peter Crowley and Neil Hughes, said the UK needed 300,000 new homes a year but built only 170,000 in 2016, and added that labour would be critical to tackling this bottleneck.

“Over the last 16 years, Potensis has grown into a strong business with a loyal client base and a leading specialist offering,” they said.

“The transfer to new ownership under a new management team will position the company to deliver on its exciting growth plans.”

FL has recruited Steven Kirkpatrick, former head of Cordant Recruitment, as chief executive of the group and he is also investing in the company.

He will focus on expanding the company, both geographically, beyond its current base in London and the southeast of England, and through buying other similar businesses.

The Irish investor has been following Potensis for about a year. It does not believe the UK’s exit from the European Union will hinder its growth as the country’s housing demand is acute and construction is one of the few means that the government has to stimulate the economy.

Cordet Capital Partners and Oaknorth Bank are lending money for the deal, which is partly debt financed. Deloitte and White & Case advised FL.

FL’s other backers in the deal include Souter Investments, the vehicle used by British bus and rail tycoon Sir Brian Souter and his family.

That investor was one of those who shared in a near €170 million payout from FL’s purchase and subsequent sale of luxury yacht maker Sunseeker.

There is an indirect link between another of FL’s past investments, the Racing Post newspaper and its latest purchase.

The connection played no direct part in the deal, but it is understood the mutual interest helped cement the relationship between both sides.