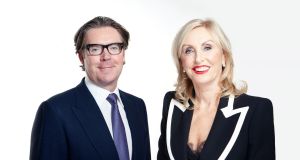 The new jobs will bring the Irish company’s total headcount to more than 1,400.

The company, which was established 20 years ago by husband and wife team Dan and Linda Kiely with just six staff members, provides multilingual technical and customer support to multinational clients including Google, Airbnb, Nest, Etsy, Stripe and Weebly.

The company currently has job openings for a range of customer service and technical support roles for people with Dutch, French, German, Russian, Spanish, Portuguese, and Italian.

“With team members from more than 26 countries, innovatively transacting business in as many as 18 different languages, our multilingual graduate talent pool is undoubtedly the key to our success,” Mr Kiely said.

As part of its US expansion plans, Voxpro recently opened a new centre of excellence in Folsom, California. The Folsom office will initially employ 100 people, with plans to create a further 700 jobs over the next 18 months.

Taoiseach Enda Kenny said the creation of 400 new jobs by Voxpro is “fantastic news for Cork and a boost to the reputation of the South West region as a growing hub for innovative companies”.

Mr Kenny is expected to make another jobs announcement at the Bons Secours private hospital in Cork later today.