Kazan-based Q-Park on the market for some €40m 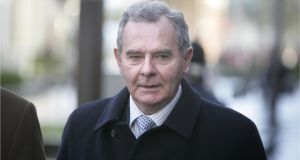 The Government and Russia’s A1 have failed for a second time to attract bidders for a Kazan-based logistics centre formerly owned by Sean Quinn but now controlled by the State.

“The first two rounds of the auction failed due to the lack of applications from potential buyers to take part,” A1’s press service said in an e-mailed response to questions.

A1 is seeking at least 2.58 billion rubles (€40.5 million) from the sale of Q-Park located 450 miles east of Moscow. The first auction took place in December and the second earlier this month. A1 said it will seek to find new bidders in “late April.”

The Government formed a joint venture in April 2013 with A1 to recoup real estate assets valued at €500 million in Russia and Ukraine accumulated by Mr Quinn.

Philip McDonagh, Ireland’s former ambassador to Russia, has said recovery of the assets is of “paramount importance to Ireland.”

They include a skyscraper in Moscow, a shopping mall in Kiev and warehouses. A1 will receive as much as 30 per cent from the sale of the assets, it said in a statement in 2013.

The conflict in Ukraine, the volatile ruble and low oil prices have combined to put off or delay plans by foreign investors to enter the Russian real estate market, according to Tom Mundy, head of research at Jones Lang LaSalle in Russia. “Limited and expensive financing has provided additional difficulties for local players,” Mr Mundy said in a report.

A1, formerly known as Alfa-Eco, has helped manage billions of dollars of assets for Alfa Group, which is owned by Russian billionaire Mikhail Fridman.