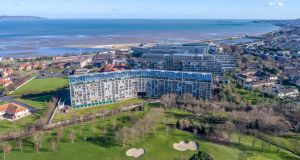 Hooke & MacDonald has completed the sale of 11 apartments in Dublin 4 for about €3.6 million within four weeks of bids being received.

The multi-family investment is in the Links Block at Elm Park Green, just off the Merrion Road.

Launched in April at a guide price of €3.4 million, the sale attracted interest from private investors and funds active in the rental market. It closed within a month at a gross yield of 4.83 per cent or about €327,000 per apartment. Individual sales in the development have recently come in at around €350,000 for one-beds and €450,000 for two-beds.

This landmark scheme was designed by Bucholz McEvoy Architects, and built by Michael McNamara & Co in 2006.

The sale included six one-beds and five two-bed dual-aspect units. These are finished to a high-spec, and come with one underground car-parking space.