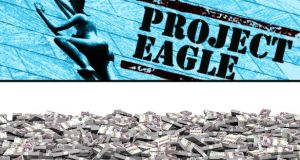 A report by C&AG says sale of the loans known as Project Eagle to US company Cerberus could have cost the taxpayer €220m. Photographs: The Irish Times/Getty Images

Nama chairman Frank Daly may face further questions after a witness at a Dáil committee looking into the agency’s €1.6 billion sale of its Northern Ireland loans contradicted some of his evidence yesterday.

A report by Comptroller & Auditor General Séamus McCarthy says the sale of the loans known as Project Eagle to US company Cerberus could have cost the taxpayer €220 million.

A former member of the agency’s Northern Ireland Advisory Committee (NIAC), Brian Rowntree, said it discussed a report into the North’s property market that he regarded as commercially sensitive and confidential. His statement to the Public Accounts Committee contradicts previous evidence by Mr Daly that NIAC members received no confidential information on the agency’s assets.

Project Eagle has been mired in controversy since it emerged that one bidder for the loans, Pimco, agreed to pay another former member of the advisory committee, Frank Cushnahan, £5 million if it succeeded in buying the assets.

Nama has consistently said it shared no information about debtors with Mr Cushnahan or Mr Rowntree when they sat on its committee. Mr Rowntree acknowledged this but said that the report discussed by the advisory committee included information on assets used to secure debts to Nama and other banks, as well as details on planning permission, housing demand and potential values.

Nama told The Irish Times that the report, by the University of Ulster, covered housing development land that made up less than 8 per cent of the Project Eagle loans.

“It contains no valuations or Nama debtor or specific asset information,” the agency said.