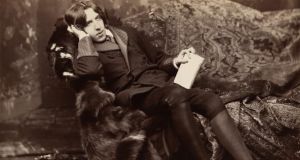 Oscar Wilde inherited a number of properties in Bray, Co Wicklow, in 1876, after his father’s death. 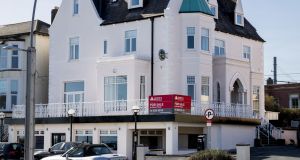 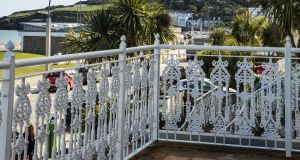 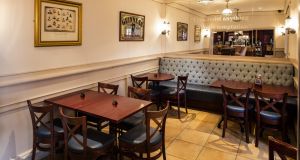 A Bray hotel built by the parents of Oscar Wilde and inherited by the renowned playwright in 1876 is for sale at €2.2 million through agent Cushman & Wakefield.

Sir William and Lady Jane Wilde built, circa 1850, the fine seafront house (then called Elsinore) on Esplanade Terrace that was later to become the Strand Hotel & Bar.

They used it as a holiday home while keeping their main residence in a fine townhouse on Merrion Square.

In fact, the couple developed a number of properties on Esplanade Terrace as investments and rented out Tower Cottage on the corner of Strand Road and Putland Road.

After Sir William’s death, Oscar Wilde inherited his father’s Bray properties and decided to sell them in 1878.

However, after the estate agent accepted offers from two bidders, the sale ended up in court as the bidder who eventually lost out sued. Wilde won the case but had to pick up the court expenses.

The Strand, which extends to 800sq m (8,600sq ft), has just been renovated under the supervision of award-winning interior designer Brian McDonald, whose previous projects include Fade Street Social, Morrison Hotel, Pravda Bar, and Jameson’s Distillery.

The hotel, which comes to market with vacant possession, is now a bespoke venue in contemporary style.

It features a lounge and bar, dining area, fully fitted kitchen on the ground floor, hotel reception, dining room, lounge, function room on the first floor and 10 bedrooms on the two upper floors.

Bray town centre is a short walk away, as is the Dart and seafront which gives access to walks up Bray Head and along the coast to Greystones.

Agent Isobel Horan of Cushman & Wakefield expects the Strand to appeal to both hoteliers and publicans given its quality finish, prominent seaside location and proximity to Dublin.

The Strand is not the only well-known hotel for sale in Bray. In September last year the Bray Head Hotel was put on the market at €1.8 million.

A sale was subsequently agreed but this fell through.

The Bray Head Hotel, which has hosted many a wedding, featured in lots of films and was a regular haunt of Richard Burton and Elizabeth Taylor.

It is being sold by the Regan family, who have owned it for the past 55 years.

The hotel is the last in a chain of six acquired between 1950 and 1975 by Patrick and Nancy Regan.

This listed building, purpose-built in the 1880s and now showing its age but with plenty of Victorian features intact, is situated on a prominent 1.1-acre seafront site and extends to more than 3,716sq m (40,000sq ft).