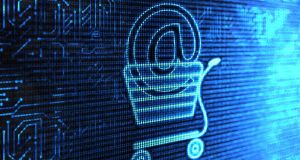 Earlier this year, it was announced that Toys R Us was closing the two outlets it had in Ireland after only six months.

It may have come as news to people outside the shopping belt of Blanchardstown and Limerick that the brand was even here, mainly because the Irish operation hadn’t managed to get around to establishing a website or online catalogue.

That put it at a significant disadvantage to Irish toy chain Smyths, especially in the run-up to Christmas. And, if any proof was needed that online shopping has become increasingly important to the Irish retail sector, the fact that Toys R Us, a well-known global brand, couldn’t make enough of an impact in Ireland to stay in business for even a year should be an indicator.

Ireland was considered to have been slow to catch on to the online shopping trend. A 2014 report on the country’s digital future by UPC estimated that consumers would spend close to €6 billion online that year. The figure was set to rise to €12.7 billion by 2020. It seems substantial, but the overall adoption rates for online shopping are higher in the UK and across the EU.

The Central Statistics Office doesn’t officially break out the figures for online shopping in its monthly data, but the overall retail sector is looking a lot healthier than it was a few years ago.

According to the CSO data, retail sales in Ireland are on the rise. The last official data showed that the volume of sales had risen 11 per cent in the year to February as consumers loosened the purse strings a little.

The motor trade accounts for a decent proportion of that increase, but books and newspapers, along with food, are also experiencing a rise.

Visa Europe’s consumer spending index showed a record rise in face-to-face spending in March, with an increase of more than 9 per cent.

However, the growth in ecommerce continues to rise at a faster rate, with the report showing spending online up 15.4 per cent year on year.

It’s gathering pace, something that Irish retailers have already begun to take note of. There are still some hold-outs though. Dunnes Stores embraced online selling – albeit in a limited way – in 2013, when it put its clothing and housewares on sale through the internet.

It only began talking about launching an online grocery shopping service in 2015, several years after rivals Tesco and SuperValu. Meanwhile, clothing retailer H&M has just launched online shopping in Ireland.

On the whole, Retail Ireland director Thomas Burke considers online shopping to be a positive thing. It opens the sector up to new markets, gives Irish retailers new visibility, and allows them to sell around the clock. But it also brings new competition. As people can shop around in search of a good bargain, Irish retailers can find themselves undercut on price and losing business as consumers try before they buy in high-street stores and make the final purchase online.

Retail market scars from the online battle are evident. In 2012, iconic Irish electronics retailer Peats said it would close, blaming the effects of the recession and the impact of online retailers.

Eighty years of retail history was stuttering to an end, with the company later deciding to reopen the Parnell Street store in Dublin and keep its online business going, before eventually closing down in 2013.

Waterstones and Hughes & Hughes have both exited the Irish market amid ongoing competition from Amazon.

DVD rental firm Xtra-vision has left the high street and now trades solely online and through rental vending machines after its final stores closed in January.

But Retail Ireland’s Burke said there was more to the impact of online shopping than just forcing Irish retailers to rely more heavily on ecommerce. It has also caused a change in how stores approach sales, with retailers concentrating on the experience rather than just the hard sell. Retailers are even laying out stores differently.

The more successful retailers will be the ones who bring the good customer service experience they offer in bricks and mortar stores to their online business, he said.

And there is also a curious development that Burke has noted in the sector in recent months.

Online retailers are starting to see the benefit of having bricks and mortar stores, most notably Amazon, which has opened a physical bookstore and announced plans to open more in the coming months. This is not quite how things were expected to go.

There is a drive to grow online spending further in Ireland, with business organisation Isme calling for action from the government to improve the broadband infrastructure and give retailers the opportunity to compete against foreign suppliers online.

However, it seems that, for now at least, physical and online stores can coexist.