Allegations to be discussed by emergency meeting of Assembly finance committee 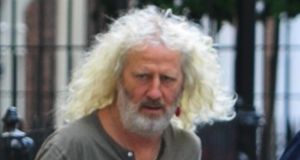 The Northern Ireland Assembly’s finance committee will hold a meeting to consider allegations £7 million was lying in an account reportedly destined for a Northern politician or party.

The committee’s chairman, Sinn Féin’s Daithi McKay pledged to hold the hearing after the claims by independent TD Mick Wallace in the Dáil on Thursday prompted a number of calls for a speedy and thorough investigation.

During leaders‘ questions, Mr Wallace expressed concern about the Nama sale of the Northern Ireland loan portfolio, Project Eagle, which involved more than 850 properties. He said the portfolio, with a par value of £4.5 billion, was sold to Cerberus for less than £1.5 billion. He described it as the “largest ever sale of property in the history of the island of Ireland“.

Mr Wallace also told the Dáil that a routine audit of a Belfast-based legal firm Tughans involved in the Project Eagle sale had shown up £7 million in an Isle of Man account, “reportedly earmarked for a Northern Ireland politician or political party”.

A PSNI spokesman said there does not appear to have been any report made to the police about the allegation so far and therefore there was no current investigation of the issue.

The DUP First Minister Peter Robinson urged anyone with information about Mr Wallace’s claims to bring it to the authorities, while Sinn Fein Deputy First Minister Martin McGuinness separately called for a thorough PSNI investigation.

Following Mr Wallace’s allegations, Tughans solicitors said in a statement one of its former partners “diverted to an account, of which he was the sole beneficiary, professional fees due to the firm, without the knowledge of the partners”.

Tughans said the money was retrieved and the partner, Ian Coulter, has left the firm. It said it has reported the matter to the Law Society. Mr Coulter is the former head of the Confederation of British Industry (CBI). Attempts to contact Mr Coulter today were unsuccessful.

Mr McKay said if there is any suggestion of illegality then the police must thoroughly investigate the allegations. He said he will convene an emergency meeting of the committee to discuss the allegations at the earliest opportunity.

He said he intended to call Mr Wallace, Nama officials, Tughans and representatives of US equity firm Cerberus who bought the Nama portfolio in the North for £1.5 billion to appear before the committee.

“The finance committee will also want to look into these claims given the significance of the sale of these Nama assets for the local economy,” said Mr McKay.

Mr Robinson said anyone with information should give it to the authorities to test its credibility in a thorough investigation. “Stories such as that from the Dáil damage politics.”

Mr McGuinness said the claims were very serious and must be thoroughly investigated. “That investigation needs to begin immediately and I would encourage Mick Wallace to speak to An Garda Síochána and the PSNI as a matter of urgency,” he said. “It is absolutely clear that these serious allegations made on the floor of Leinster House need to be subjected to rigorous and full investigation.”

Mr Wallace did not name any specific Northern politician or party in his Dail comments.

Ulster Unionist Party leader Mike Nesbitt said that for “for the record, I can state categorically I am not the intended recipient of this alleged £7 million.”

He added: “We have heard rumours of corruption before, but nothing approaching this quantum. If true, it represents abuse of power of a previously unimaginable scale.”

Traditional Unionist Voice leader Jim Allister said he is formally putting a priority written Assembly question to Mr Robinson and Mr McGuinness asking them what are they going to do about the claims, while Alliance Leader David Ford said anyone with evidence of criminal wrongdoing should report their concerns to police.

In Dublin, Public Accounts Committee chairman John McGuinness said he was “concerned” about the allegations and urged the Independent TD to send any details he has to the committee.

“[The allegations] are extremely serious and I think PAC should have an opportunity to deal with the claims made.”

Minister for Justice Frances Fitzgerald said Mr Wallace should go to the Garda. “If Deputy Wallace has any information about criminality, wrong doing or fraud, then it is incumbent upon him to report this to An Garda Siochana and to provide them with all the information he holds.”

Sinn Féin leader Gerry Adams called on the Minister for Finance Michael Noonan to make a statement. Mr Adams said the allegations included a massive write down of taxpayers money.

“All of these deals have been cloaked in secrecy,” he said.

“Given the revelations and allegations over the last 24 hours it is imperative that the Minister of Finance makes a statement on the handling of this sale by Nama and clarify that the sale was value for money and not open to abuse.”

A spokesman for Mr Noonan said the Minister had no prior knowledge of the claims and said the first he had heard of them was in the Dáil. Mr Noonan and his officials have been in contact with Nama officials about the allegations, the spokesman said.

Government officials in Dublin insisted there was no appetite to launch an independent investigation into the allegations. One source said there was already independent oversight of their work by the Comptroller and Auditor General.

“Some of their staff are permanently based in the offices of Nama. The CA&G has the power to investigate this as do the gardai and the PSNI,” the source said. “If Mick Wallace is so concerned he needs to bring these allegations to any of those agencies and as far as I know, he hasn’t done any of that.”