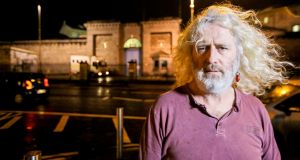 Independent TD Mick Wallace’s €2 million dispute with US private equity fund Cerberus is due before the High Court today.

Cerberus is bidding to enforce a €2 million debt against Mr Wallace that is linked to his Italian Quarter development close to the Ha’penny Bridge in Dublin’s city centre.

The US company bought the debt, giving it the right to demand its repayment, when it acquired a group of loans called Project Aran from Ulster Bank in late 2014.

A motion related to the case is listed for hearing in the High Court today. Earlier this month Mr Wallace lodged a defence to the US company’s claim against him.

Mr Wallace, who is an independent TD for Wexford and is expected to run again in the forthcoming general election, did not comment yesterday.

The TD sparked controversy last year when he raised questions over Cerberus’s purchase of a group of Northern Ireland- linked loans, called Project Eagle, from the National Asset Management Agency (Nama) for €1.6 billion.

Claims that prominent politicians and business figures were to benefit from the deal prompted a criminal complaint and two parliamentary investigations, which are still ongoing. Cerberus has denied any wrongdoing.

Cerberus has bought loans with total liabilities of about €20 billion secured on properties around Ireland at heavily discounted prices.

The fund has appointed receivers to a number of the assets, but its case against Mr Wallace is the first that it has brought to the High Court.

1 State subsidises public sector retirees to cover gap until State pension
2 Who are Ireland’s 17 billionaires?
3 My father in a nursing home wants to gift me his house
4 Are there annual limits on inheritances or gifts to a child?
5 Trump holds America up as ‘example for the world’
6 Corporate tax change is inevitable, says Donohoe
7 Nama lends Cosgraves €15m to fund huge apartment development
8 Countries that fail to attract immigrants will lose out – Microsoft chief
9 Cubic Telecom raises more than €11 million in funding
10 Q&A: Why has the pension age question suddenly become an election issue?
Real news has value SUBSCRIBE